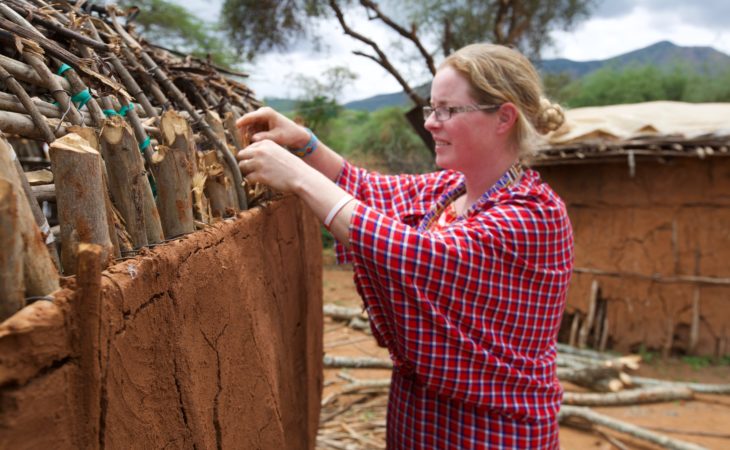 Having been approached back in June 2017 about going out to Kenya as part of a documentary, all Paula knew as she left Ireland, her husband Peter and their three daughters behind was that she’d be going to live with a farming community for two weeks.

Paula was selected to take part in RTE One’s documentary The Hardest Harvest.

“When I got out there, it actually turned out that I was going living with a Maasai tribe community – literally out in the middle of nowhere. No water, no power, living in a mud hut – so it’s very rural; with absolutely no modern convenience of any kind,” Paula explained.

The Cork native travelled out to live at a Maasai village – known as a boama – in the sub-Saharan plains, which was in the midst of a severe drought at the time. The boama consisted of four or five families.

“The cows are very sacred to the Maasai people, but the biggest shocker is that the men are the bosses out there. Here at home, farming between me and Pete, there’s no gender difference; it’s 50:50, we both make the decisions. Out there, the women do all the work really and the men just sit around looking pretty.”

Describing it as similar to Ireland in bygone days, Paula said that she felt at ease straight away.

“The women were so welcoming and they were doing a fantastic tribal dance when I arrived. They presented me with these beautiful chains that they would have made themselves; it was amazing,” she said.

However, the hardships that are the reality of life for the Maasai community soon became evident.

“They have to walk 5km a day for a 25-gallon drum of water, and they’d carry it back then with a strap on their head; that’s what they do every day and they’ve to collect firewood. The women build all the houses as well.

The younger boys would go and graze the cows. They would take the cows away at about 8:00am in the morning and come back at around 4:30pm or 5:00pm in the evening, but they’d have to stay with them to protect them from wild animals like hyenas.

“And another big thing out there is that the men are educated and they can speak English; whereas very, very few of the women are educated – so there’d be a pecking order there as well. The lads would get preference over the girls to be educated.

“It was unbelievable, but it was just amazing at the same time just to step into their shoes and live life like that, and the harshness of it and the reality of it,” Paula said.

“There was a severe drought when I was there; cows were just dropping down with weakness in front of my eyes and, because the cow is sacred to the Maasai community, the cow isn’t killed or put out of her misery.”

By the time Paula was in Kenya, the Maasai community had not had rain for almost two years – which was why they had to take the cows out for so long, just to find enough forage for them to eat.

The Maasai had 90 cows before the drought – they were down to 27 when Paula lived with them.

At night time, the cows and all the animals were brought into the middle of the boama – which was well fenced with thick thorn bushes, to keep them safe from wild animals.

“Monkeys came in one night and took some of the baby goats,” Paula added.

The Maasai kept goats, which they milked along with their cows to generate income for the most part.

They go on foot, walk 30km or 36km to the market to sell them, and you’d just hope and pray that the cow makes it at the other end – that she doesn’t drop on the way.

However, animals were not the only ones suffering food shortages.

“There was a severe shortage of food; the main diet from what I could see out there was chai tea. They’d make a big pot of chai tea with loads and loads of sugar.

I cooked for the chief one night and they gave me an onion. I started to peel the whole onion and chop it, and the ladies there were going ‘no, no, no’ – you literally put a sliver of a slice of onion into the pot of rice to put a bit of flavouring on it, and that was it.

“Other than that, they’d have maize or beans and that’d be it. Some days they’d be going on one meal.”

Paula noted that one day the community decided to go ploughing about a quarter of an acre – which took a full day to complete.

“They got these two bulls and had kind of an old timber collar to put on them, and had this little one-furrow plough. Then the women would come in and plant the whole thing by hand. They were just hoping and praying that it was going to rain, but I don’t think it happened.

The rain only actually came last month, after two years. Of course the inevitable happened then, with the rain coming the way it did the whole place got flooded.

Commenting on the children, Paula said: “The kids have no toys there; we had so much fun kicking around an empty water bottle every day, playing kind of football – just kicking around the ‘ball’; or they had an old wheel off an old bicycle that they’d roll up and down.

“These kids had nothing and they still got up every morning with a smile on their face – it was phenomenal.”

Asked about illnesses, the Cork native noted that Malaria appeared to be a big problem in the area.

She also explained how issues which could be fixed with relatively minor procedures could be a major barrier if left untreated.

“There’s a little boy in the community I was staying in, he was eight and he was very, very shy. He couldn’t speak; he had this big growth on his neck that stops him from speaking.

“If he was at home, if he was looked after when he was younger and had it removed he’d be perfectly fine.”

When asked if she would go back, Paula said that she can’t wait to get on a plane and return – not least to maintain new friendships.

“I got on really well with this one lady; we couldn’t speak to each other, because she could only speak Maasai – now there was one of the girls able to translate a small bit for us. But it was the bond that you didn’t need to speak; we just clicked from the first moment.

I found out a bit about her story, and myself and Pete are actually educating her children for her now. We’re putting them through school for her, because she’s after having a very hard, tough life.

Paula added that she would love to help her friend establish a small business down the line. She intends travelling back soon to introduce her Irish family to her “Kenyan family”.

Asked what were the key lessons she brought home from her African odyssey, Paula said: “I think we as a nation have gotten very selfish.

“You have to look at the bigger picture; there’s people out there literally dying of hunger and their animals are dying of hunger. Looking at them still with a smile on their faces and getting up and doing the same mundane tasks every day, you have to take your hat off to them.

“Even grazing a cow is eight hours a day for them. They have 27 cows left, and all that has to be done by hand. Whereas when I look at our situation at home, we – me, Pete and the girls – manage 180 cows, and I can milk those 180 cows in an hour and 20 minutes.”

Modern technologies here have made life so much easier compared to there, Paula explained, where everything is really labour-intensive.

For the women who have to go and walk 5km for water and bring it back the 5km – it’s a tough, tough life out there.

“Going out there doing the things I ended up doing, I never thought I’d have the strength or confidence – but I did everything, which was phenomenal.”

To see the full journey Paula went on, tune in to RTE One for the first episode of The Hardest Harvest – which will be on at 9:30pm tomorrow night (Wednesday, May 2). 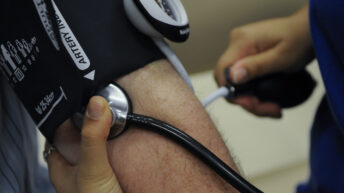