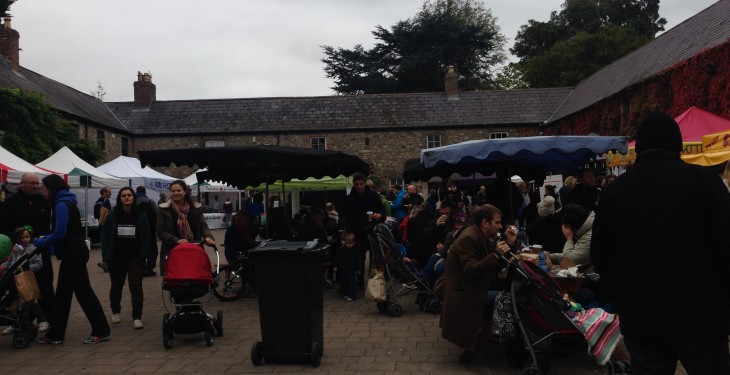 More than 5,000 people visited Dublins’ Marlay Park yesterday for the inaugural National Organic Fair. The event was the brainchild of the Organic Trust and the Irish Organic Farmers and Growers Association (IOFGA) with support from the Department of Agriculture and proved a popular event for young and old alike.

Children were treated to face painting and balloon animals while adults got the chance to meet some of Ireland’s most prolific organic producers and sample some of the tasty items. Seminars and practical demonstrations also took place throughout the day with a view to educating people on the benefits of using organic items.

Some of the producers attending the event included Crowe’s Farm who carries organic pork products, the Burren Smokehouse salmon producers and the Little Milk Co. In addition Glenisk were on hand to offer up free pots of their organic yoghurt that were lapped up by the crowd.

AgriLand spoke to Grace Maher Development Officer with IOFGA about the event and the motivation behind it. “The idea behind this was to hold a large scale consumer event where people could come and get more of an understanding of what organic food and farming is about. We want to break down the perception that organic food is always more costly. We have about 20 to 30 organic producers here and we have a broad range of areas from cheese to soups and cured meats.”

When asked about the organic food movement Maher notes that despite economic constraints people are still very enthusiastic, “many people can start off my adding an organic apple to a child’s lunchbox and it’s these small changes that help our industry but also the wellbeing of consumers”.

A big draw for the event was celebrity chef Clodagh McKenna who treated enthusiastic crowds to a free organic cookery demonstration. All produce used by the renowned chef was organic and throughout the demonstrations Clodagh offered up some handy practical tips on how to cook organic while also saving on wastage. When whizzing up some autumn berry puddings, McKenna commented “It’s amazing the high quality of the berries, they look as good as, or better than any I have seen in the supermarkets lately.”

The Organic Trust and IOFGA had been lobbying for the event for the past two years but were only given the green light three weeks ago. From the buzz around the stalls to there is no evidence of this short lead in time and organisers are hoping the event will take place annually from now on.