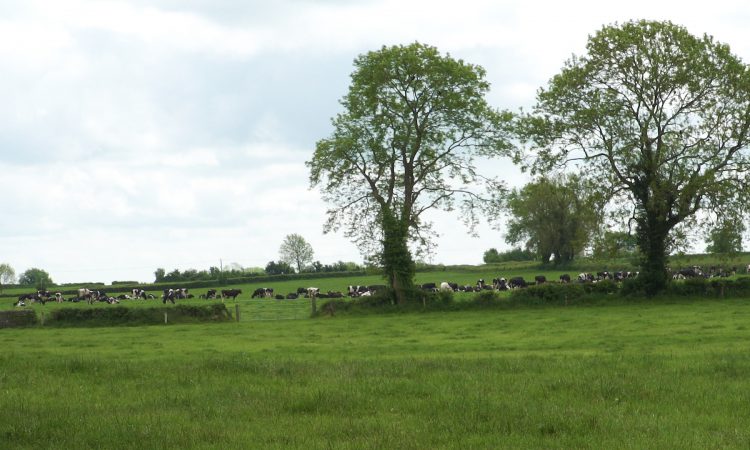 Over the past week or so, the vast majority, if not all, of the country has received some rainfall.

The grass situation on farms was becoming desperate, with many farmers being forced to open up silage bales and increase concentrate supplementation in order to compensate for the poor grass growth rates.

Although the amount of rain that fell varied across the country, farmers were glad to get whatever came their way.

To find out what the grass situation was like during the dry spell and what it is like now, AgriLand spoke with the dairy herd manager at Gurteen Agricultural College, Padraig Byrne.

He said: “The grass situation here, and on neighboring farms, during the dry spell was not good.

Last week, before the rain arrived, our average farm cover [AFC] was 400kg DM/ha. I walked the milking platform early this week and our AFC had shot up to 530kg DM/ha.

“Growth rates here at the minute, on the farm, are about 44kg DM/ha, which is a healthy increase from the 27kg DM/ha that we recorded last week. However, we still have a good bit to go before we are back to where we want to be.”

Padraig added: “We got a good dash of rain over the weekend and it has continued on into this week. If you were here last Friday, before the rain came, and came back on Monday you wouldn’t believe the difference it has made.

To compensate for the poor grass growth rates, we were forced to sacrifice a paddock and feed the cows silage, straw and barley just to keep them ticking over – at nighttime.

“We also had to increase the amount of concentrates we were feeding. Farmers around us here were forced to do the same and, in a few cases, some of them housed their cows, at night, and fed them indoors.

“The cows, here at Gurteen, have continued to perform well – despite the poor growth rates. At the moment, cows are producing, on average, 25L of milk.

“The hope is by this time next week we will be back on track and not have to open up another bale of silage before we house the cows next back end.” 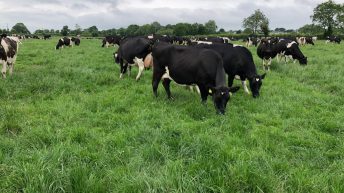