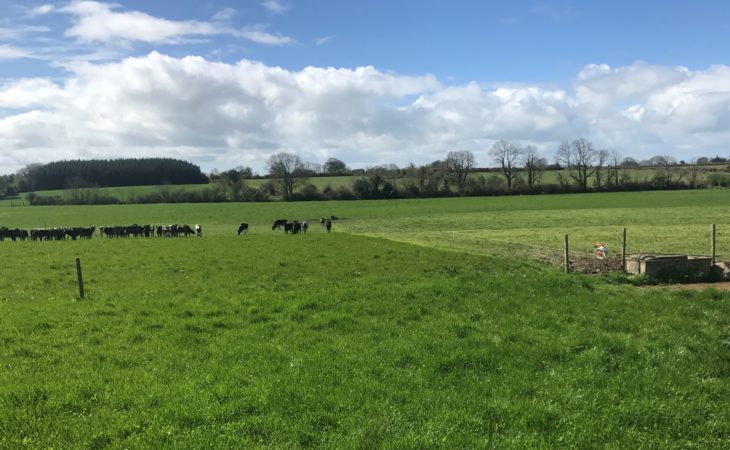 Before the contract rearing opportunity presented itself, Billy ran an autumn-calving, suckler-to-weaning enterprise. Weanlings were sold in May, June or July for the export market.

Last week, Billy opened the gates of his farm as part of an Irish Grassland Association (IGA) grazing event. The aim of the event was for farmers to get ideas and tips on improving grass utilisation on their farms by implementing better practices without spending a lot of money.

On the day, he outlined the reasons why he made the move away from the suckler-to-weaning enterprise and the benefits he has seen since focusing solely on contract rearing and the ewe flock.

Billy said: “I was calving cows since 1974 and I have a very fragmented farm; there is a fair bit of work involved with suckler cows.

“The contract rearing opportunity came up two years ago and it seems to be working so far. It is less labour intensive and the stock are easier handled.

“I was used to running around after Limousin cows and calves and if you rattled a bucket at the Friesian heifers, they would follow you into Tuam,” he joked.

Teagasc’s Gabriel Trayers described parts of the land as challenging. He said: “The land is sticky; some parts of it are dry and free-draining, while other parts are heavy and wet.

“The farm – from a grazing set-up – is not perfect; there’s 10 different parcels. The biggest block consists of 40ac. For a management point of view, it’s very difficult and it has it’s challenges,” Gabriel added. 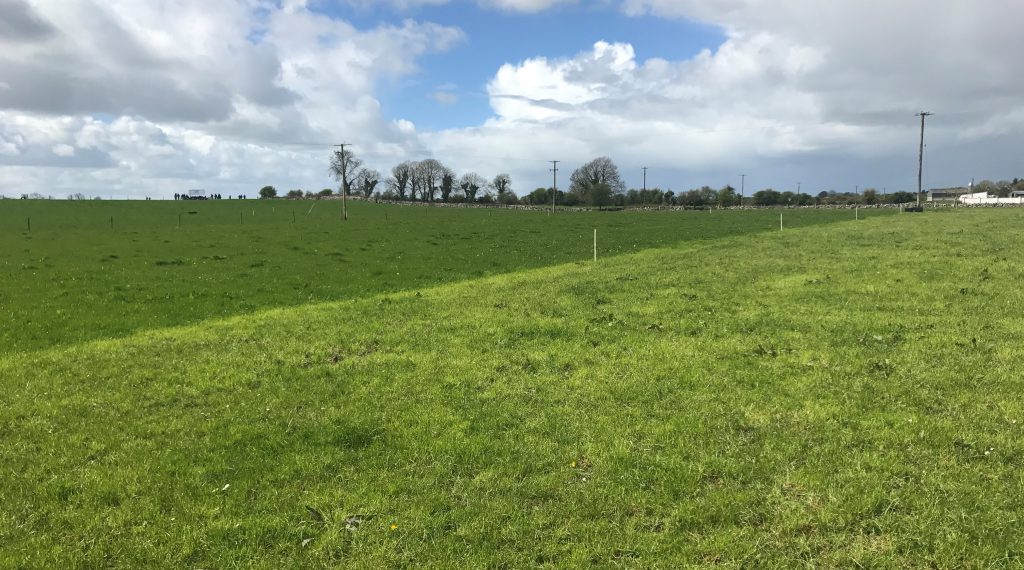 So far this year, the block which is home to Billy’s contract rearing enterprise has received one full grazing rotation. However, he is behind on his fertiliser programme due to the bad weather.

Billy added: “Cattle were let out last week (week ending April 22) and have struggled since then. They have caused a bit of poaching; conditions are not ideal.” 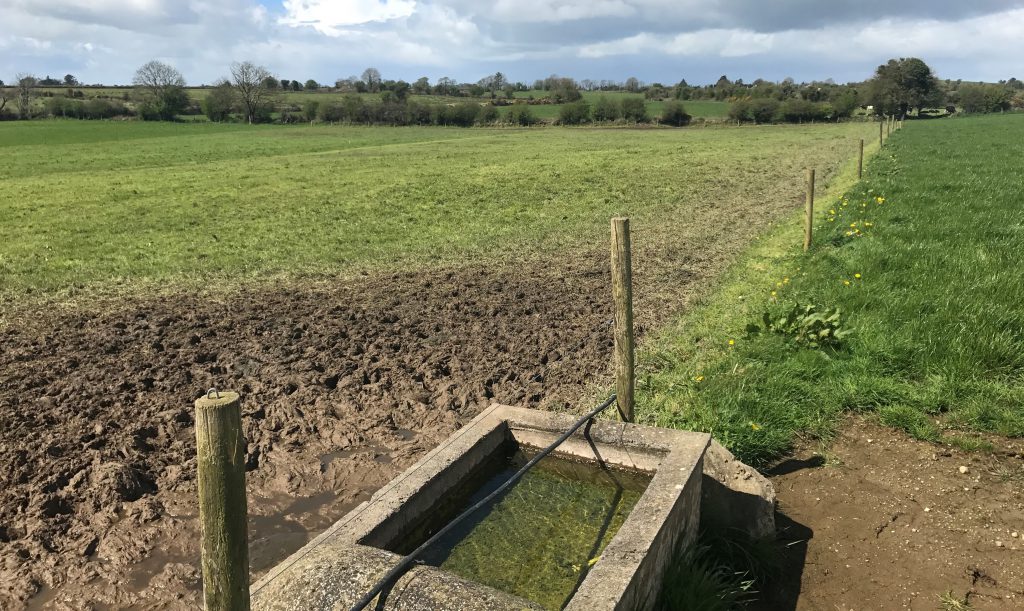 Unhappy with the performance of the farm in 2009, Billy strived for better cattle performance through a focus on grass, animal health and better breeding performance.

Firstly, he was stocked at 1.22LU/ha. In order to increase the stocking rate, Billy dropped 48ac of rented ground and this increased his stocking rate to 2.00LU/ha.

By reducing the total area farmed, he has utilised more grass, improved his output, increased his stocking rate and increased his overall margin.

Gabriel also outlined that by implementing simple paddock systems, operating less groups, using temporary paddocks and having a keen eye for attention to detail, Billy has improved the grazing management and the area grazed. 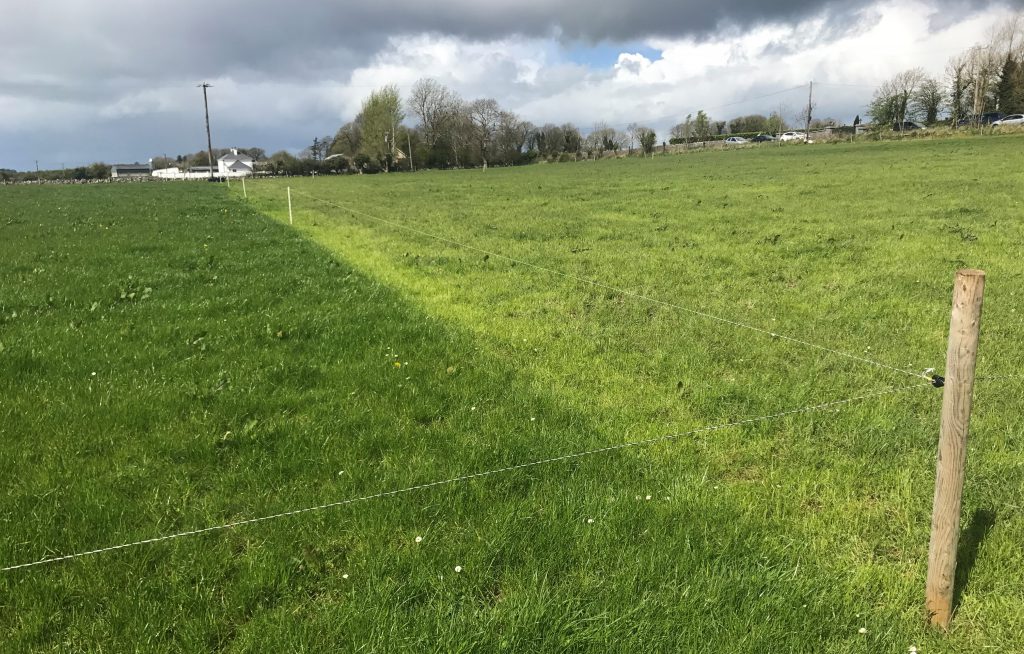 He said: “Billy’s attention to detail is second to none and his stockmanship skills are very good. He’ll make the hard yards to reduce costs and make it work; he is not afraid of change.

“It is very interesting to say that Billy’s fertiliser bill for last year was just under €10,000, while his meal bill was less than €5,000. So, he is spending his money on the right type of bag,” he explained.

Using 2009 as a base year versus the profit monitor results of 2017, Billy’s farm has come a long way.

Billy added: “I didn’t increase numbers back when I had all the rented land because I only own 39ac; it didn’t justify putting up more winter accommodation to carry stock during the winter months on rented land.”

Gabriel said: “This is a very important point. Farms with rented land and that are stocked at 1.22LU/ha really don’t make sense.

“By focusing on a grassland system, keeping stock out for a longer during the grazing season and by focusing on grass, he is able maintain more stock on less ground.” 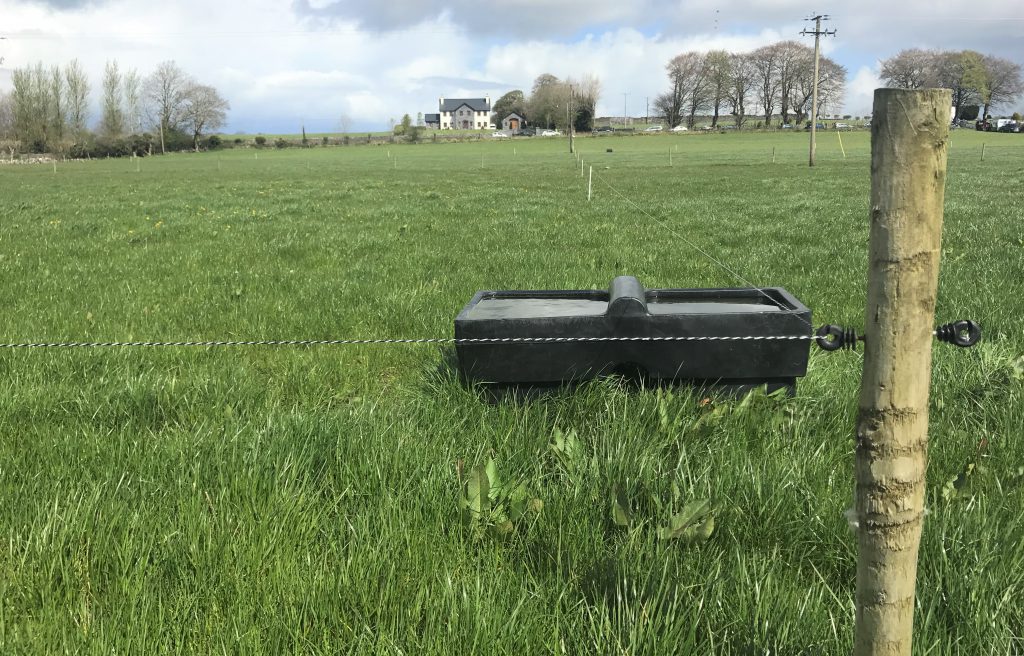 The gross margin is a measure of performance of the farm both physically and financially. In addition, this figure of €966 does not include the fee for contract rearing; this will stand at €400/ha for 2018.

Top-quality silage is made on the farm (72% dry matter digestibility (DMD)). Last year, Billy made silage bales (80% DMD). This was made by taking out surplus grass from paddocks.

With Billy’s paddock system, light crops of surplus bales can be taken out to produce high DMD silage. His meal bill is very low because he makes very good-quality silage. 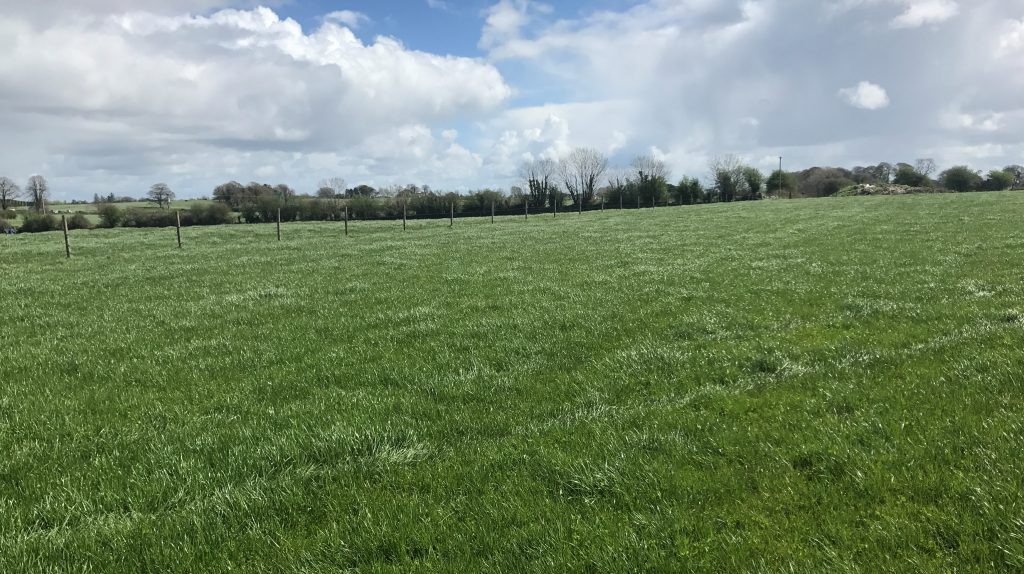 Gabriel added: “Over the winter months, weanlings gain 0.6kg/day of LW on 72% DMD silage and 1kg of meal. Whereas, if the silage was 60% DMD, the weanlings would require 3kg of meal.

Most of the farm has been reseeded to date. However, Gabriel outlined that this is not something that needs to be carried out straight away.

“Again, this is not something I would tell a farmer to do straight away as it is very costly. Because Billy has a high-stocking rate, he needs grass at the shoulders of the year – mainly in the early spring and late autumn.

“Reseeded ground will provide that grass at these times of the year; but lime, phosphorus (P) and potassium (K) are the most important things,” he added. 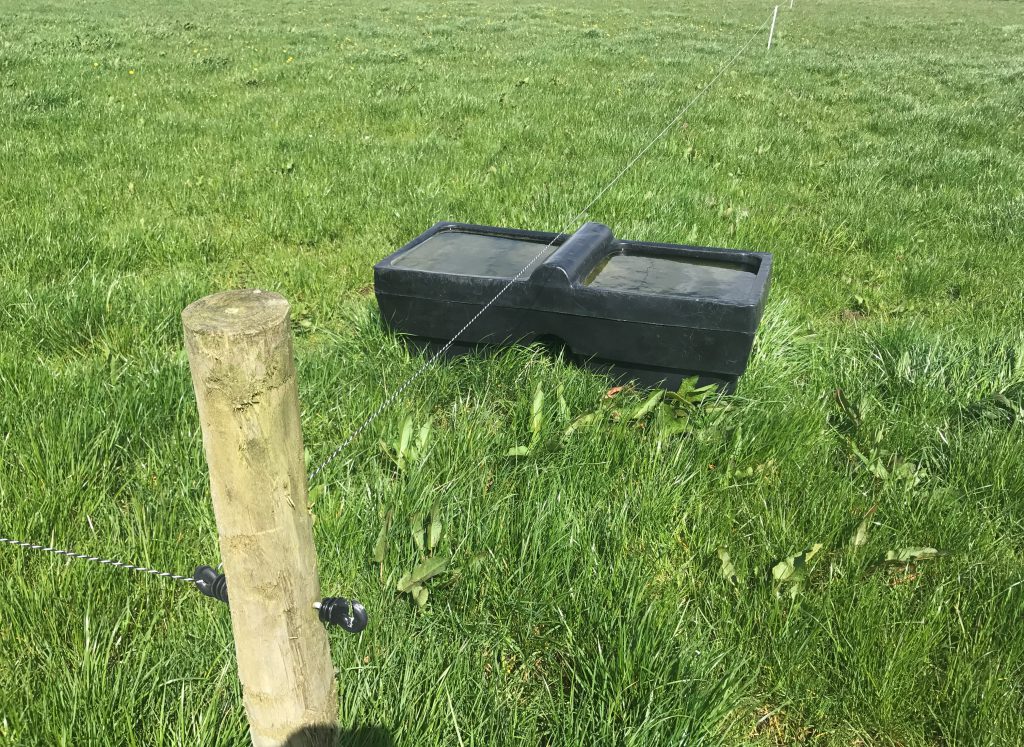 Billy outlined that he has seen the benefits of reseeding right throughout the year. On this, he said: “It is paying me to have carried out the reseeding; I have got my return within three years I’d say.

“I really appreciate the ewes in a winter like this. They came into this block in February 1 and grazed it to the roots. I spread 1,500 gallons per acre of slurry to relieve some of the pressure out of the tanks and then came in with 18:6:12.

“If I didn’t have the sheep, I wouldn’t have this grass situation. It is easier to grow good-quality grass with sheep – especially in bad weather,” he explained. 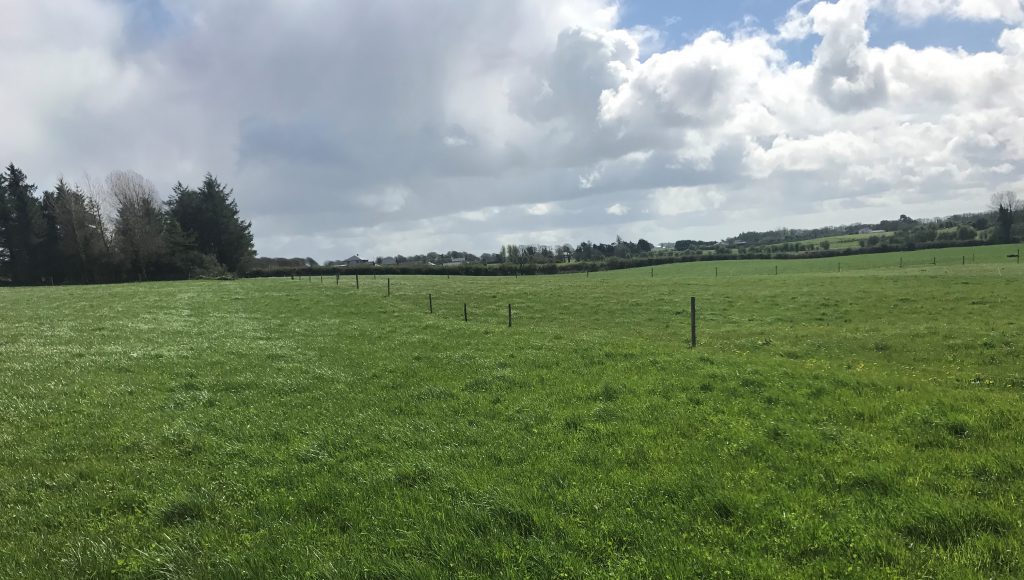 “Looking back to the back end of last year, we grew a lot of grass but we couldn’t utilise it. I first grazed this block on February 1 – and it was ate to the roots – and brought the ewes home on March 1 for lambing.”

Billy uses PastureBase and walks his paddocks weekly to measure his grass. Gabriel added: “Grass is the hardest thing to manage day-to-day, month-to-month or year-to-year.

“Currently Billy has 55 days of grass ahead of the cattle, so surplus paddocks will be taken out for silage,” he added. 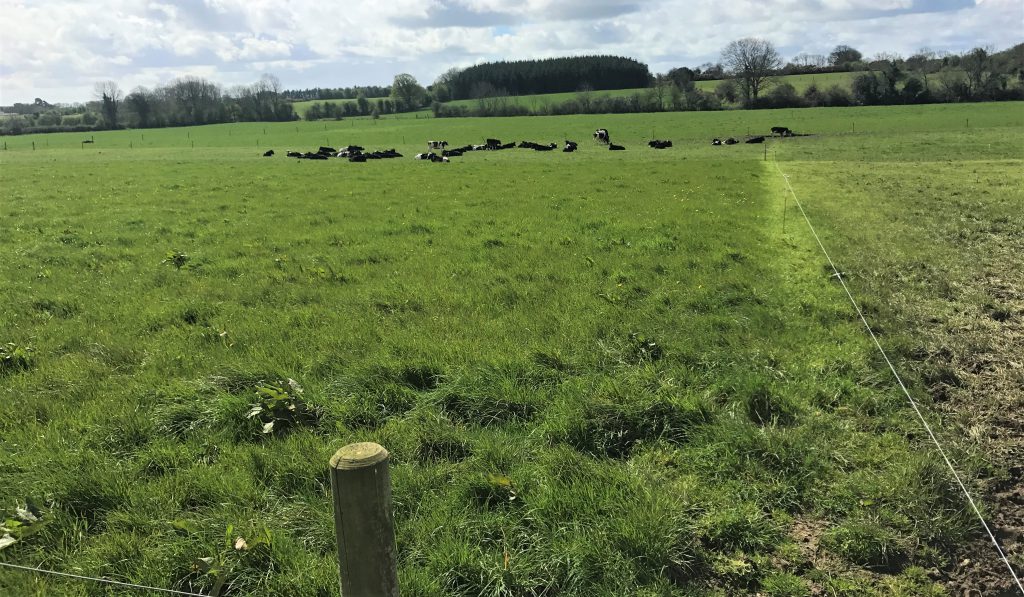 The pH level on the farm is bang on and that is the first thing that was corrected with lime. Commenting on the fertiliser plan for this year, he said: “It was the latest I ever went out with fertiliser; I got out on March 8 with two and a half bags (125kg/ac) of 10:10:20.

“On this particular block, I’m finding it very difficult to lift the Ps and Ks so I will come again with 18:6:12. However, as regards to the paddock system, it might sound complicated buts it’s not. I wouldn’t go back to a set stocking system,” he concluded. 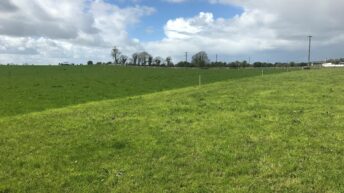 What size should my paddocks be and how many do I need? 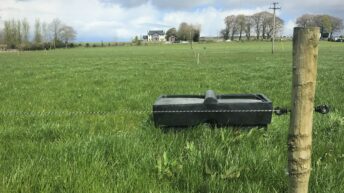 How much does a paddock system cost and what will my return be? 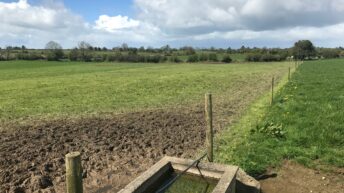 What grass covers should I be turning my cattle into?