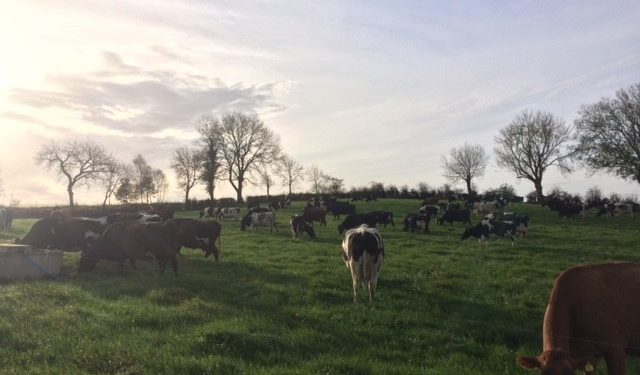 What a difference a week makes. Although weather has got a lot cooler, ground conditions have improved greatly – allowing cows to return to grass by day.

We have around 10-12 days at grass left. Last week I thought that the farm was closed for the winter, but the change in weather has allowed us to get back out and clean off a few heavy covers (1500-1700kg/ha).

There is a vast area of second and third cut silage still standing in fields up in the North. Some has been mowed this week, but a lot of the ground is still saturated – so it will need more time to dry out before attempting to mow it off. I don’t envy their task.

Some farms in the south, going by Twitter, are experiencing higher grass growth than in other years; for us it has been the worst September and October for growth since 2012.

We averaged 30kg/DM per hectare per day in average growth for almost five weeks, whereas in other years we would have averaged almost double this. The earlier housing date has helped stretch out the remaining grass and we culled cows early (after scanning) to save on winter feed.

As we have low winter growth rates, our closing cover target is higher than most – at 800kg/ha. We don’t like to carry over any covers greater than 1,500kg/ha, however this year we have two covers of 2,500kg/ha that are on the heaviest soils and are still saturated.

Once the ground dries out we will clean this off by dry cows. If we can’t get it grazed, it will have to sit until spring. Far from ideal but there’s no point tramping it into the ground.

Calves and In-calf heifers have done surprisingly well during the wet spell and were housed in great condition. Calves were weighed at housing and fluke dosed with a triclabendazole.

The crossbred and Friesian calves were split by weight during the summer. The smaller group now weigh 225kg and the bigger group averaged 260kg.

The DLWG (Daily Live Weight Gain) of all calves was close to 1kg/day, which is excellent given the prolonged period of wet weather. Increasing concentrates by 1kg/day obviously helped to compensate for reduced dry matter intake. Some might question this additional cost – but if we compromise on growth rates outside, it costs us double trying to catch up inside.

The cheapest way to achieve this target is to feed good-quality silage and turn this group out to grass as early as possible in spring. 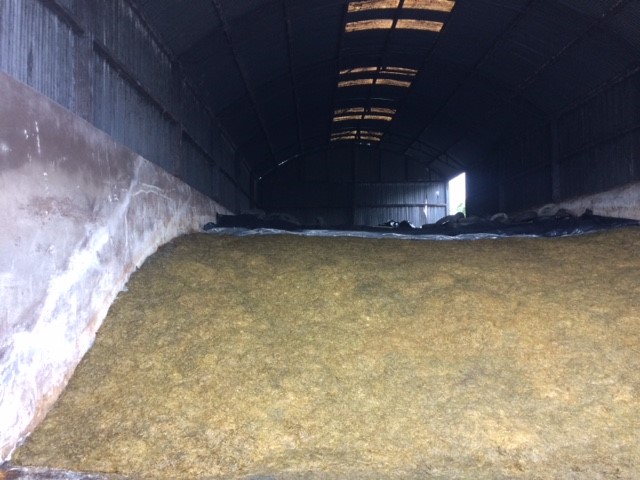 Some fields on the out-farm have been closed with a cover of 600kg/ha now to ensure early turnout is possible. Weighing calves is essential, it gives great clarity on performance and allows targeted feeding during the winter.

First lactation heifers will need a further worm dose after housing. To ensure complete clean-out of fluke, all animals will need to be done twice – e.g. a Triclabendazole at drying off and then an Oxyclozanide-based drench (Zanil) in January or at calving.

A fluke burden will lead to condition loss and greatly reduce the animal’s chance of getting in calf next year so be careful not to count your cents and lose euros regarding the second dose.

Body Condition Score (BCS) is directly linked to fertility. At a group farm walk at the Shinagh farm in Bandon last year, Kevin Ahern told the group that BCS was assessed in August and cows were put on once-a-day (OAD) milking then if behind target.

With such an emphasis on BCS and excellent management it’s no wonder fertility performance on that farm is exceptional. Gaining condition is a slow process and OAD milking is one of the fastest ways to improve it.

A high number of second lactation animals don’t prove in calf because they calve down at below-target BCS (<3.0). If we ensure these young animals are dried off at a target BCS of 2.8-3.0, or give them an extended dry period / milked OAD prior to dry off, this will pay dividends next season.

Any under-conditioned heifers/cows must be dosed now and along with the main herd in a few weeks. Their body condition score could be compromised because of a worm/fluke burden, so curb the limiting factors.

Over-conditioned cows also have suppressed intake capacity post-calving and are at a higher risk of getting milk fever, retained foetal membranes and having fertility issues.

I body conditioned scored our herd last week; the average was 2.8, but there were three cows at 2.5 – they are now on OAD and will be dried off early. If you want me to body condition score your herd, get in touch. 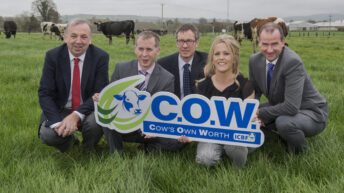