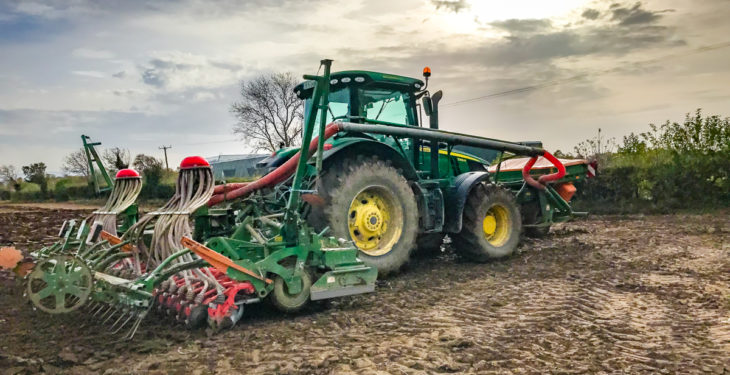 “The hardest machine to move in city traffic is the combine. The balers are big enough as well. They can be tricky.”

That’s what Gerry Flynn told AgriLand this week, when he gave us an update on his winter sowing campaign.

It’s hard to believe the Rush man was sowing Evolution winter wheat, on Monday, between the roundabouts in Abbotstown. Flynn farms as part of the wider family farm – Paud Flynn & Sons.

The farm that AgriLand visited is just a short drive from Blanchardstown, but is hidden behind the National Sports Campus on one side and the M50 motorway on the other.

When we visited, amid all the traffic, there were three tractors hard at work in the fields. The state-owned land has been rented out for years but it’s gradually decreasing in size, as the National Sports Centre increases its size. A velodrome, for track cycling, will be built on one of the winter wheat fields in the near future.

“The first year we came here there were 320ac; we only have about 110ac here now,” Flynn explained.

Sowing after a two week stoppage

Flynns keep all of their own grain and were sowing Evolution winter wheat at 190kgs/ha when AgriLand visited. Revelation and Avatar are among the other varieties they are sowing this year.

It’s heavy land but we can grow great crops of wheat here. The ground is heavy and the wheat fills right until the end. Getting it in is our biggest problem. Once we get it in it’s flying.

“Crows are a big problem here. I don’t want to bury the seed or it will never come up. I’m putting it down at about an inch and a half, but I’m watching where it’s clumpy.

“We were stopped sowing for two weeks. This land is after spuds. They finished digging two days ago. It was dug dry and the ground is just there.” 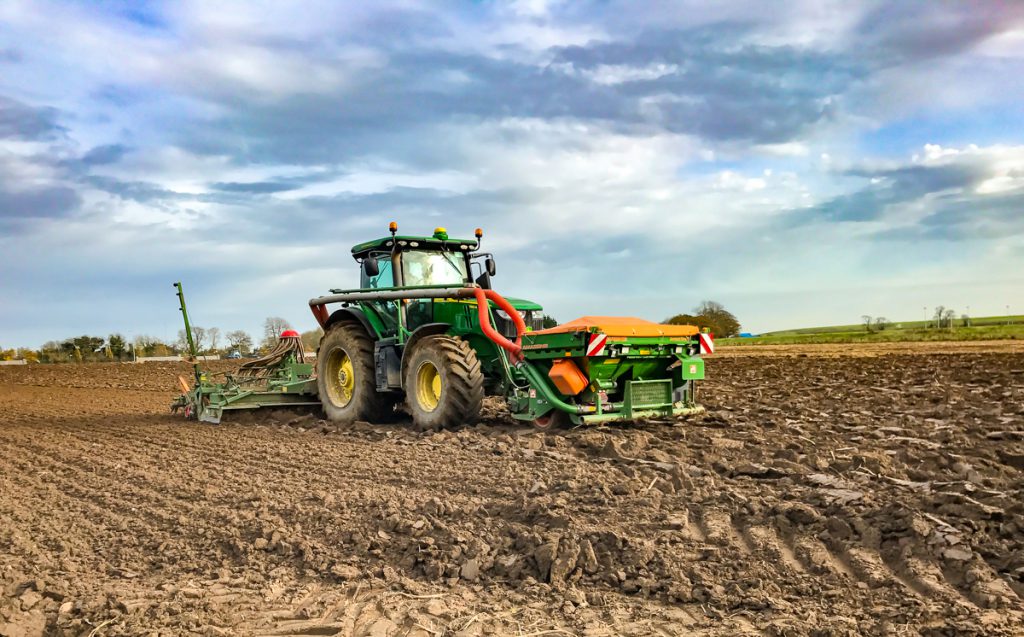 Away from the wheat, beans were being sown with a drill fabricated by the Flynn farm.

We’re sowing beans as well – Wizard; a pure winter bean. This year we had all the beans cut by the end of August.

On weed control, Flynn will wait to use a post-emergence spray.

“I’ll wait until it comes up and then use a post-emergence spray. As soon as I see the tram lines I’ll go out.”

Flynn was using AutoTrac (an auto-steer system) on his John Deere 7280R, which was coupled to an Amazone Avant Profi air drill with Maschio coulters.

It’s great at night time or in fog; you’re not looking for the scribe mark. I’m spoiled here – there’s no concentration needed at all.

Although the ploughs were out, when Agriland caught up with Flynns, the family also undertakes some ‘no-till’ sowing – with a no-till John Deere drill.

Flynn was worried about the vote on glyphosate in the EU, as the family carries out zero-tillage and uses glyphosate to spray cover crops off – before sowing into that ground.

“We do ‘zero-till’ – tilling into cover crops. We have an original John Deere no-till drill. The cover crops we were ploughing in the other day were about 5ft tall. We sprayed off the cover crop and then sowed wheat into that ground – no tilling.”

“The cover crops were sown in June, after scallions. The scallions were too late and we didn’t get spring barley into it.”

“We’ve no weeds in the ‘zero-till’, because we’re sowing a heavy cover crop. That’s burned off and there will be no weed control until the spring, if there are weeds there; but there shouldn’t be anything there.” 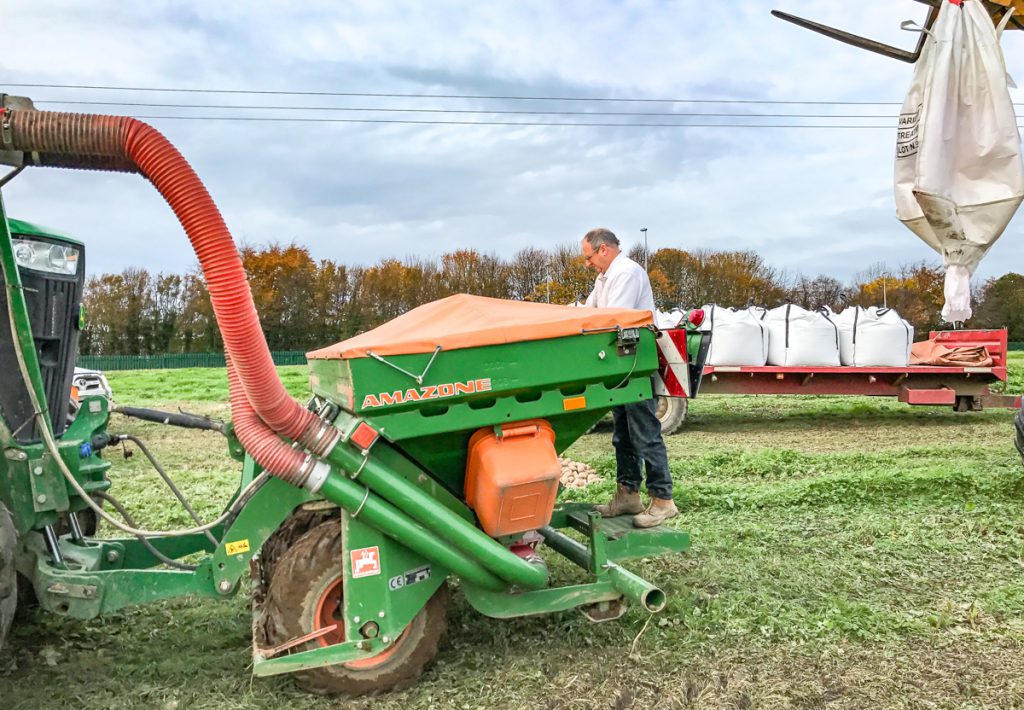 Flynn was looking ahead to the next day and organising for a field after scallions to be disced. The family works with a lot of vegetable farmers and swaps ground year-on-year to help with vegetable rotations.

“We grew continuous spuds for seven or eight years but it cost too much in nematode control and the crops weren’t overly good either.

“Everyone likes a bit of fresh ground; fresh to their own unique crop. Everybody has to have fresh ground free from disease and everything. I swap with a couple of different farmers. Continuous crops are a disaster. The rotation cleans up the weeds as well.” 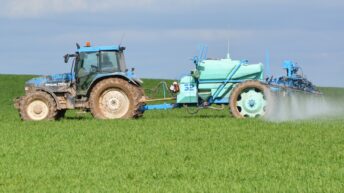 Tillage management: How can you control BYDV and aphids? 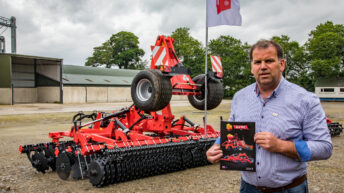 Video: Akpil is the new tillage brand on the block