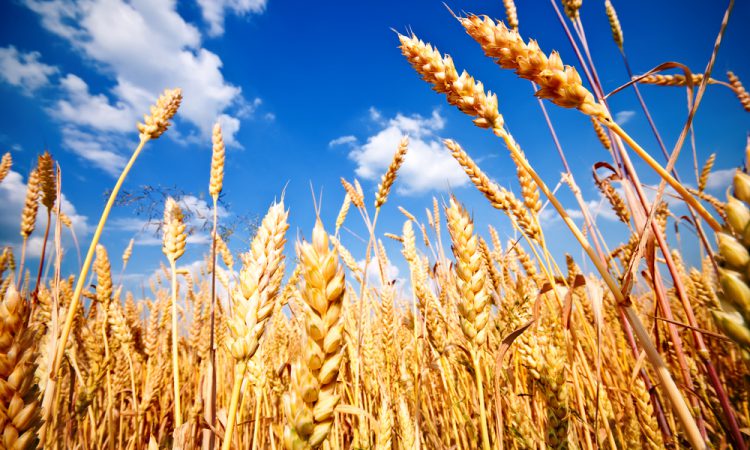 As Irish farmers await a harvest price for their grain they are keeping a close eye to markets around the world. Some will be paid on account and receive the difference in time, while others who forward sold for Harvest 2020 can now be paid in full.

Matif wheat increased this week, hitting €194/t on Wednesday, September 23, before dropping back to last week’s closing levels on Friday afternoon when it hit €192.50/t for December.

Markets in the US took a dramatic tumble at the beginning of the week when both wheat and corn dropped significantly. However, both began to recover as the week moved on.

A firmer dollar was reported to cause some of the decrease in prices as US grains struggled to compete.

Grain maize and sunflower crops have been hit by severe drought in eastern Romania, eastern Bulgaria and southern Ukraine. Grain maize yields are expected to be up 0.25t/ha on the five-year average. However, they have declined from the August forecast of 8.01t/ha to 7.83t/ha.

The International Grains Council (IGC) reduced its global maize production estimate this week by six million tonnes to 1.16 million tonnes. The cuts are partly offset by reduced industrial demand in the US.

The IGC also reported that higher wheat production in Russia and Australia is expected to be offset by declines in production in Argentina and Canada.

Harvest nearly complete in the UK

The harvest is almost complete in the UK according to the Agriculture and Horticulture Development Board (AHDB).

Only small areas of winter wheat remained to be cut in the north east, Yorkshire and the Humber, the west midlands and Scotland.

Small amounts of spring barley are also to be cut in the north east, Yorkshire and the Humber and Scotland.

Approximately 10% of the winter wheat and spring barley area was left to be harvested in Scotland as of September 22.

On the continent this week feed barley (delivered Rouen) was at €172/t on Friday afternoon (September 24), while Free-On-Board (FOB) Creil malting barley was at €180/t. 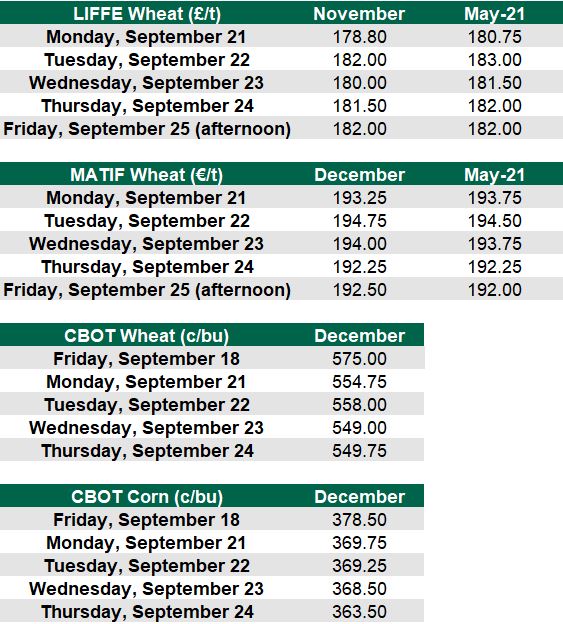 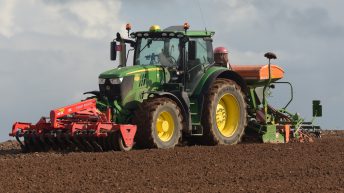 Get your seed rate right when sowing