The September MARS bulletin published by the European Commission states that overall yields of summer crops in the EU are close to the five-year average.

However, severe drought in south-eastern Europe is causing yield reductions in some crops, particularly maize and sunflowers.

According to the report, which examines the period from August 1 to September 5, 2020, severe drought conditions continued in eastern Romania, eastern Bulgaria and southern Ukraine.

In countries where heatwaves were reported in August temperatures dropped, but there was still a precipitation deficit in large areas of France, Belgium, Luxembourg, western Germany and southern Netherlands.

This reduced yield expectations for summer crops in these regions. Maize, sugar beet and potato yield forecasts have all reduced in yield in the September bulletin.

Advertisement
The bulletin also reported that in Ireland and the UK rainfall from mid-August affected ripening and harvesting of spring and winter cereals.

Overall in Europe spring barley yields were estimated to be 0.36t/ha higher than the five-year average at 4.38t/ha in the September bulletin.

Grain maize yields are currently forecast at 7.83t/ha – that’s 0.25t/ha above the five-year average, but 0.18t/ha down from the August forecast.

Potato yields were forecast close to the five-year average of 32.4t/ha in the report at 32.8t/ha. 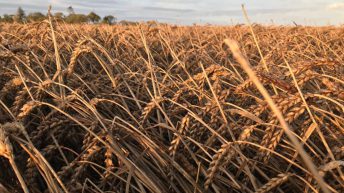 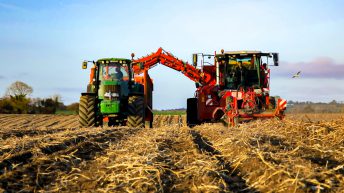