It will come as no surprise that wheat production is set to increase from last year in Europe and the Baltic regions. The drought of last season resulted in a significant drop in European grain yields.

It was expected that drought conditions in June of this year would decrease promising yields, but at present that damage looks to be curtailed.

According to Reuters, France is forecast to produce approximately 38 million tonnes of wheat, while the German wheat harvest is expected to increase by almost 18% to 23.85 million tonnes. To see AgriLand‘s latest harvest update click here

Other countries such as Sweden and Lithuania are also predicting significant increases in production. Across the water in the UK, the Agriculture and Horticulture Development Board (AHDB) has been busy on a crop tour to the different production regions, and yields in general are expected to be high.

Wheat prices did not stray from their recent range with a lack of news in the market.

Keeping an eye on maize

Low maize prices did not bode well for Irish farmers last season, as barley and wheat could not compete.

The average of the Planet FOB Creil price (from April 10 to September 18), which will settle Boortmalt’s harvest price here in Ireland, is now at €182.47/t. Another nine weeks remain in the averaging model which peaked at €191/t in April. 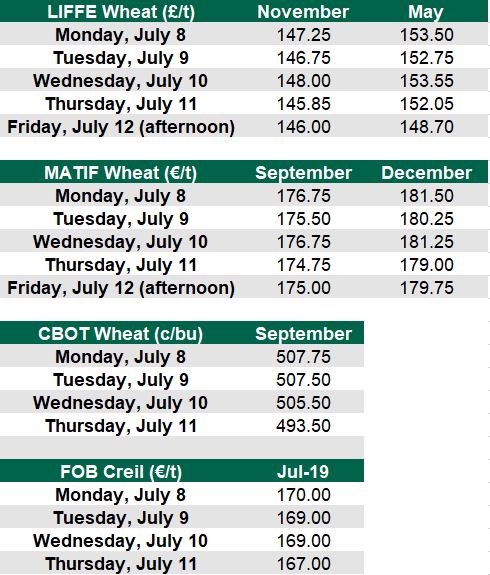