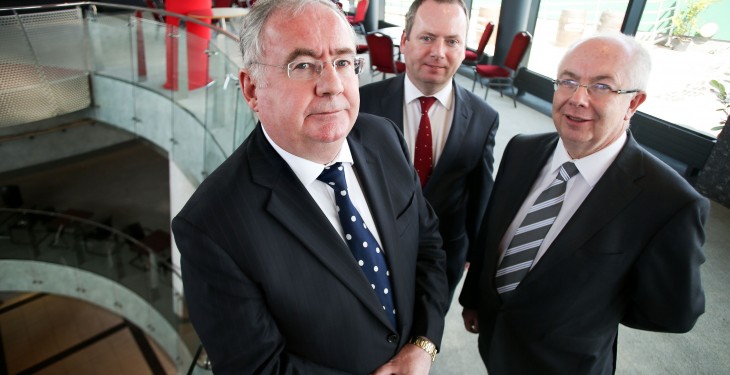 The Government has taken the decision to establish an independent review of under grounding electricity infrastructure.The proposal was brought to the cabinet this morning by Minister for Communications, Energy and Natural Resources Pat Rabbitte.

The decision comes on the back of intense pressure from anti-pylon lobby groups around the country, which have been holding several meetings and protests in recent months.

An expert panel is to be set up and will be chaired by retired Supreme Court Justice Catherine McGuinness. Other members of the panel include John FitzGerald, Research Professor, Economic and Social Research Institute of Ireland, Professor Keith Bell, Professor of Smart Grid, University of Strathclyde, Dr. Karen Foley, Head of School of Landscape Architecture, UCD and Colm McCarthy, Economist.

The panel will be investigating the Grid Link and Grid West projects in particular and the potential for undergrounding those projects.

According to the Minister the panel will be required to ensure that the studies are complete, objective, and comparable to similar studies of overhead options for the two projects, and will report to the Minister in that regard. He noted that both the overhead and underground options will be published side-by-side, in objective and comparable terms, before proceeding to the next stage of public consultation.

He said: “On the 3rd December last I told the Dáil that I recognised legitimate concerns about the impact of new transmission lines and other infrastructure on the landscape, the environment and on local communities. I also said that I expected EirGrid to fully engage with potentially affected communities, to examine impartially the case for all achievable engineering solutions and to undertake and communicate a well-informed, objective and authoritative analysis, impact assessment and pre-planning consultation. And I confirmed that, at the end of the then current phase of public consultation, I would respond on behalf of the Government to the issues raised.”

“Developing the electricity grid for our future economic prosperity is important but we cannot ignore the demands highlighted by community groups during the public consultation. Many respondents to the consultation process, while acknowledging the need for an electricity grid fit for purpose, are dissatisfied that there has not been a complete analysis of undergrounding as compared to overhead power lines. I agree that such a comparable analysis should be carried out at the direction of the independent expert panel”.

Responding to the developments IFA National Environment & Rural Affairs Chairman Harold Kingston welcomed the decision today he said: “This decision represents an important recognition by Government that electricity infrastructure will have a significant impact on rural communities. It is essential that this review is thorough and addresses the many concerns raised by farmers.”

He added, “Deficiencies in the terms of reference of previous under grounding studies commissioned by the Department of Energy must not be repeated. It is critical that the full costs and impact on farmers and rural communities are set out when considering route design options for electricity infrastructure as part of this review”.

Kingston said, “Regardless of the outcome of this review, IFA remains firm that under grounding must be on the table for route design and planning. All options for electricity infrastructure development must be considered and EirGrid should not be allowed to pre-empt the decision of the national planning authority, An Bord Pleanála.”