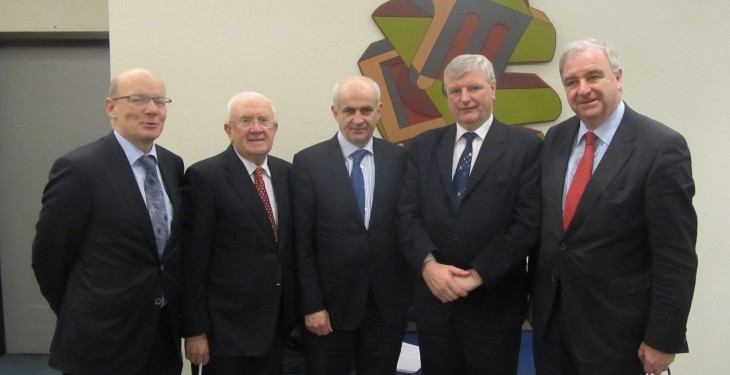 Liam Aylward MEP for Ireland East and Member of the European Parliament Committee on
Agriculture and Rural Development has welcomed the move by the European Commission to
postpone negotiations on one key part of the on-going EU-US Trade Talks until a public
consultation is conducted.

Negotiations were postponed on the trade talks on a section outlining how disputes between corporations and
the governments of EU Member States over possible breaches of a future EU-US Trade
Agreement would be settled.

After discussions today in the European Parliament in Brussels with Eddie Downey, the
President of the IFA, the MEP for Ireland East clarified: “I am especially concerned that the
proposed procedure for dispute settlement could potentially undermine the current high
standards protecting animal health and welfare in Europe and the health and safety of Irish
consumers, as well as standards on the environment and social protection.”

The proposed procedure would allow multinational corporations to by-pass Irish and
European Courts and bring cases against the governments of EU Member States at
international tribunals.

Multinational corporations would be able to exploit any loopholes or vagueness in an EU-US
Trade Agreement and could gradually undermine the high European standards via this
backhand route. This could potentially place unfair pressure on Irish farmers producing high-
quality agricultural products in line with the EU standards.

An EU-US Trade Agreement respecting Europe’s high standards would be beneficial for
Ireland. It could bring economic gains to Europe of up to €119.2 billion per year and increase
exports to the US by 28%. Ireland will benefit most from such a deal as more than 14% of all
US investment in Europe in the last few years has gone to Ireland.