‘Government has abandoned its role as custodian of a fair market’ 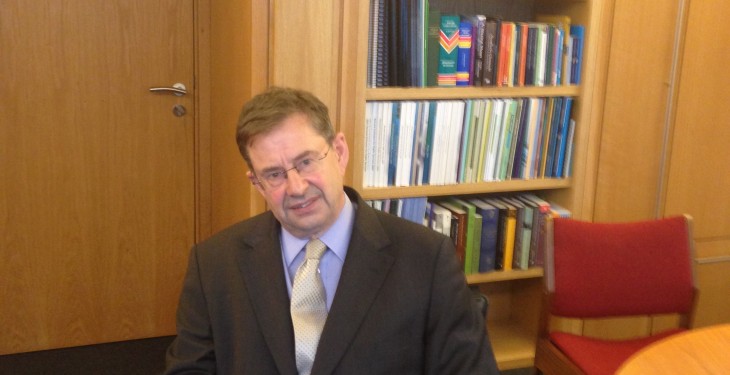 The Government has abandoned its role as the custodian of a fair market, according to Fianna Fail’s agricultural spokesperson Eamon O Cuiv.

Speaking recently in a Private Members motion in the Dail, he said that its inaction has left farmers exposed to the power of processors and massive supermarkets who call the shots. “The single farmer does not stand a chance against multinational companies who have revenues that rival the revenue of small countries. Some supermarkets are even bigger in power than some of the smaller countries and transnational in character.”

He said the Minister should have stepped in to intervene at the beginning of his Ministry. “He knew he would play a pivotal role in the European negotiations and he should have stood up for ordinary farmers across Europe. To put it mildly; the Minister has shrunk from the challenge. When we were discussing the Common Agricultural Policy, CAP, I kept asking the Minister what he was doing about price. The issue is fundamentally European as well as national as farmers across Europe are affected. Given the reducing subsidies provided by the new CAP, price should have been a cornerstone of discussions.”

EU law, he said, sets out the objective of securing “a fair standard of living” for farmers. “It is an integral part of EU agricultural policy…whether in the dairy, beef or vegetable sector, farmers can be left vulnerable to big supermarkets manipulating prices. It is important that the European Union would take the lead in achieving that across the Continent.”

He called on the Minister to work closely with him to achieve a strong, fair market framework in Europe. ‘The future of European agriculture is reliant upon a fair price for a good product. The success of the CAP in achieving food security and underpinning agriculture as the cornerstone of the rural economy and rural communities is reliant upon a fair price return.I note with concern that the Government’s counter-motion fails to address the Lisbon treaty provisions.”

Not only is the beef crisis threatening the livelihood of dry stock farmers throughout Ireland, he said, but dramatic falls in price have been caused by a combination of arbitrary specification changes by processors and artificial trade barriers with Northern Ireland and Great Britain due to the influence of supermarkets. “The quality assurance scheme has been exposed as a tool for processors to artificially suppress prices. We are in favour of quality assurance but it cannot be a method by which the supermarkets and processors artificially penalise farmers for perfectly good cattle and set barriers that have no justification in terms of quality of animal or meat.”