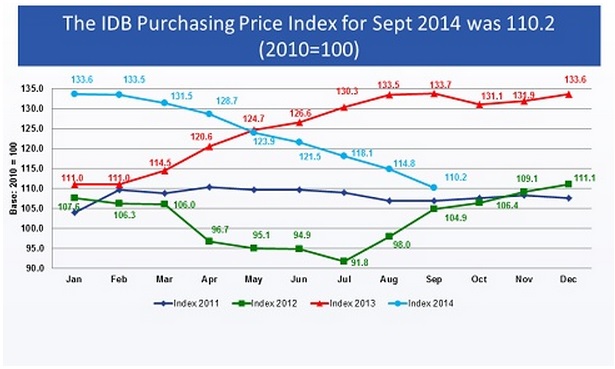 The Irish Dairy Board’s (IDB) Production Price Index (PPI) for September was down over 4% on the August return and is now at its lowest level since November 2012.

The Index is now trending for eight months downward with falls over that period totalling over 17%. This follows on from a fantastic 2013 for dairy returns, with the Index having only fallen once in 2013.
September’s result is also some 17% behind the same month last year. The result comes on the back of prices paid at last week’s Fonterra dairy auction being down by 4%, compared with those recorded at the event held late last month.

The IDB released its monthly PPI today and it showed a return value of 110.2, which indicates a 10.2% increase in market returns when compared to 2010.