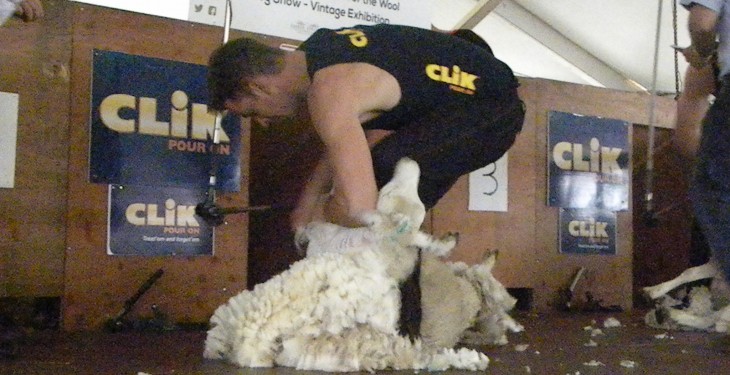 The organisers of this year’s Golden Shears World Sheep Shearing Championships, taking place in Gorey, Co Wexford between May 17th and 25th, have confirmed to AgriLand that they have succeeded in procuring 6,000 hoggets, which will be shorn throughout the week-long event.

“We put a call out to flockowners just a few days ago, seeking a supply of yearling hoggets that would be suitable for shearing at the event, “confirmed one of the organising team.

“And the response has been fantastic. I can confirm that we have received calls from farmers in Kerry, Donegal, Sligo, Mayo and the South East, all of whom are ready, willing and able to supply us with the sheep that we need.

“In fact, we will have more than 6,000 hoggets on –site during the week, as we will need a number of additional animals in reserve. All of the main breed types found within the Irish sheep sector will be represented in the pool of hoggets made available for the upcoming world championships. This is fantastic news.”

The organisers have also told AgriLand that 25 competing countries have confirmed their attendance at the Golden Shears event.

“But we hope to add to this over the coming days,” an spokesperson stressed.

“Both Russia and China have expressed an interest in taking part. And if they do compete, it will be a first for each country. The closing date for entries is April 11th.  However, I can confirm that the Isle of Man is competing. And this will be a first for Manx shearers.”

A tremendous response from the general public regarding attendance levels at this year’s Golden Shears is also expected.

“We are putting in place a true celebration of all that is good about sheep and lamb production in Ireland,”  the Golden Shears  spokesperson further explained.

“For example, we will have a food exhibition area reflecting the breadth of sheep dishes prepared in every Irish county.

“And this is only part of what we have lined up for Gorey. “

The venue for the Championships is a 25 acre site, adjacent to the Amber Springs Hotel in Gorey. Thousands of international visitors are set to travel to Co Wexford to watch the world’s top shearers in action.

Tickets and additional information are available on the goldenshears website

We will also keep you posted via our dedicated Golden Shears event page.