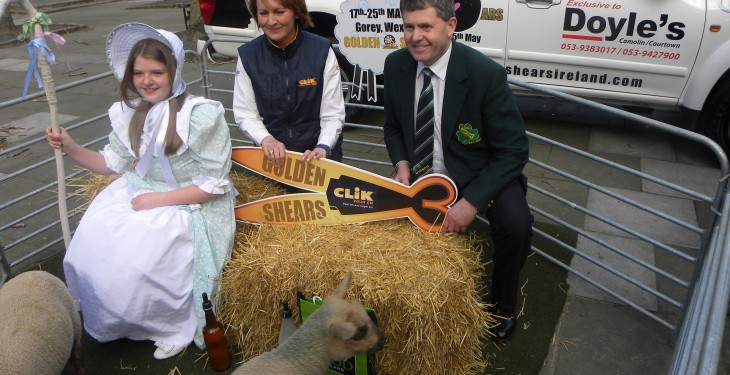 The launch of the Golden Shears world shearing championships.

The most successful shearer in the history of competition shearing is legendary New Zealand gun David Fagan, and he will be part of the New Zealand team at the Golden Shears in Gorey in two weeks time.

In New Zealand he has won the most-prized Golden Shears Open Championship 16 times. Beaten only by brother John Fagan in his first Golden Shears Open final in 1984, he has been a fixture almost ever since. In 2003 he shore the final’s fastest time – 15 minutes 27.4 seconds for 20 strongwool ewes.

He helped re-establish the New Zealand Championships in home-town Te Kuiti and has also dominated its Open final. The 16th Golden Shears World Championships will feature 10 competitors who have been there before. They all took part in the 9th championship in Gorey in 1998. They include the two-man blades shearing teams of both the US and England.