The Department of Agriculture has produced a frequently asked questions guide to GLAS and here, we highlight some of the most popular questions.

A client of mine is seeking to apply to GLAS this year. He is currently  applying for a new herd number and is looking to lease land for a minimum of five years. Does this lease need to be stamped by the Property Registration Authority? Or will a lease drawn up and signed and witnessed by all parties involved be sufficient?

GLAS applications in the current tranche, open now, are based on the herd number and land parcel information declared and confirmed on the applicant’s 2014 SPS claim. If your client is a new entrant and didn’t make a 2014 SPS claim, then they will not be able to apply for GLAS until after their 2015 BPS application is submitted and accepted.

In any event, a GLAS participant must have control of the land  for the entire duration of their GLAS contract and must make a valid BPS application each year. We will not be reviewing or requesting documents pertaining to the lease.

Nitrates data is prepared from 2013 information, which is the last complete data set available. 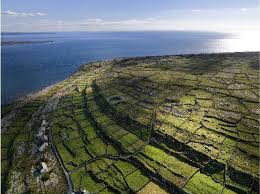 The maximum payment is €5,000 and €2,000 extra euro for farmers with more than one priority option – what does this mean and how do you get the extra €2,000?
Advertisement

To qualify for GLAS+ a farmer must have more than one priority environmental asset (PEA) on their holding and at least one of those PEAs
must generate a payment of over €5,000 per annum (basic GLAS rate). They will then receive payment of up to an additional €2,000.
The five PEAs are;
Farmland habitat (private Natura)
Commonages
Farmland birds – designated species
High status water site
Rare breeds

If I fail to get into the scheme first time around when will the 2nd tranche open or will there be a second tranche similar to the TAMS scheme?

No decision has been made on the opening date of a second tranche.

Can a farmer get paid on more than two Priority Assets?

What is the update on the commonages, will there be a collective agreement required?

One application only will be accepted for commonages with a gross area over 10ha. A collective agreement is still required.

They must continue to be registered as an organic producer for the duration of their GLAS contract.

If a farmer chooses the action ‘traditional stone wall maintenance’ has the farmer has the entire five year contract to complete this work? i.e. If he has 700m of stone walls, and maintains 200m in the first year can he leave the remainder of the 500m until the 5th year to finish off?

No, all must be maintained from start of contract.

Also Read: Everything You Need To Know About GLAS
GLAS
LOADING NEXT STORY