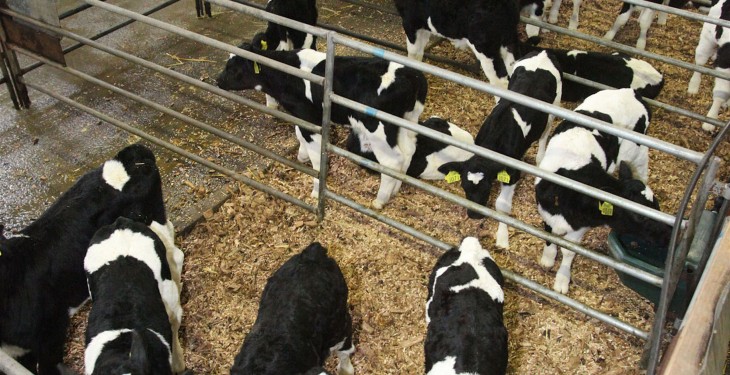 Latest figures from the ICBF database shows that dairy calf births are up over 19% on the same time last year.

According to the figures, over 86,000 extra dairy bred calves have been born since the start of the year compared to 12 months ago.

The figure is likely to fall back to some extent as the year progresses, with more farmers opting to calve somewhat later in 2014. However, the latest calf birth rate statistics do signal that the much anticipated expansion of the National beef herd is well under way.

According to EBLEX Irish livestock farmers continue to switch to milk production. It cites Eurostat figures and says that dairy cow numbers were up 4% in December on the same month in 2013, despite falling profitability in recent months.

Using the latest Eurostat figures it says in the last four years dairy cow numbers have increased by 12%, as the Irish milk sector goes all out for growth.

The ICBF figures also show that beef births have also been higher since the New Year than in 2014 with beef births currently running some 42% higher.

In total calf birth registrations to the ICBF database is 14% higher at 552,541 head.

In Northern Ireland its December 2014 Agriculture Survey has indicated a total of 306,300 dairy cows on Northern farms, an increase of 24,500 head or 9% on year earlier levels.