Glanbia reports good revenue growth in the first quarter of 2017 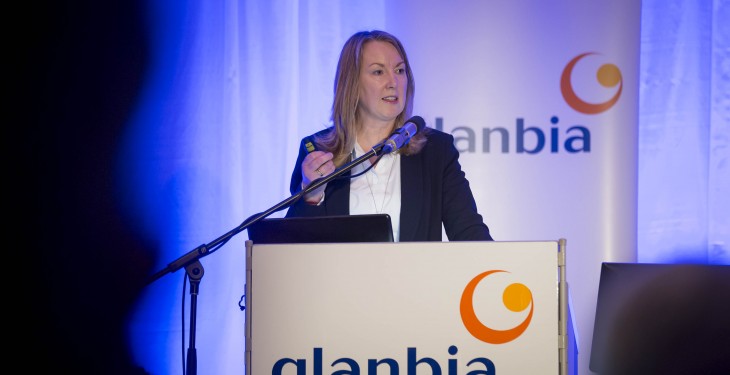 Glanbia has reported good revenue growth in the first quarter of 2017, according to Group Managing Director Siobhan Talbot.

This was driven by pricing growth of 2.1%, mainly as a result of improved dairy markets versus the previous year, volume growth of 1.7% and a contribution from acquisitions of 0.9%.

Total Group Revenue, including Glanbia’s share of Joint Ventures and Associates, increased by 9.6% on a reported basis and 7.7% on a constant currency basis, compared to the same period last year.

Glanbia delivered good revenue growth in the first three months of 2017. Glanbia Nutritionals had a good performance and was the main driver of growth.

“Glanbia Performance Nutrition delivered in line with expectations, as a strong performance in non-US markets countered some challenges in the US.

“The outlook for the remainder of 2017 is positive and we reiterate our full-year guidance of 7% to 10% growth in adjusted earnings per share, constant currency, with growth weighted to the second half of the year,” Talbot said.

Glanbia Performance Nutrition (GPN) delivered in line with expectations in the first three months of the year, according to the statement released this morning.

Revenues decreased marginally by 0.2%, as a 0.3% increase in pricing and 2.6% growth from the acquisition of Amazing Grass was offset by a 3.1% volume decrease.

Meanwhile, full-year EBITA (Earnings before interest, taxes, and amortization) margins are expected to be in the mid-teen range, albeit below 2016 levels; as input cost increases are partly offset by price, mix and efficiency improvements.

Glanbia Nutritionals (GN) saw revenue growth of 10.3% in the first three months of 2017.

This was driven by a price increase of 7.6%, mainly as a result of improved dairy markets (versus prior year) and volume growth of 2.7%, primarily driven by Nutritional Solutions.

Nutritional Solutions delivered price and volume increases during the period, as sales growth of value-added systems was broad-based across a range of formats and sectors, Glanbia said.

US Cheese also performed in line with expectations in the first quarter of 2017, as demand reportedly remained solid.

Dairy Ireland delivered a satisfactory performance in the first three months of the year, despite the challenges of higher input costs, according to Glanbia.

Agribusiness delivered improved volumes from sales of animal feed and fertiliser, which was offset somewhat by commodity-related price declines.

Revenues from joint ventures and associates (JVAs) increased by 19.2% in the first three months of 2017, versus the previous year.

Pricing increased by 17.7% as a result of improved dairy markets. Volume increased by 1.5% as growth in Glanbia Ingredients Ireland more than offset some volume declines in other JVAs.

The project to expand production capacity by 25% at the South West Cheese facility in the US is progressing to plan, with commissioning expected in 2018, according to Glanbia.

In addition, the proposed creation of a new joint venture in Michigan in the US to build a large-scale cheese facility is on track, it added.

This was reportedly driven by the acquisitions of ‘Amazing Grass’ and ‘Body & Fit’, and seasonal working capital requirements. Total 2017 capital expenditure is expected to be approximately €90m to €100m.

Earlier this morning, Glanbia announced that it has signed binding transaction agreements with Glanbia Co-operative Society Ltd to sell to the society a 60% interest in the Dairy Ireland segment and related associate businesses.

The proposed transaction is subject to shareholder approvals by both the society and Glanbia, which are likely to take place in May 2017. 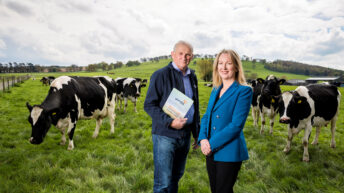 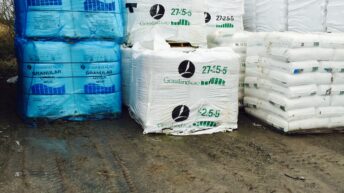