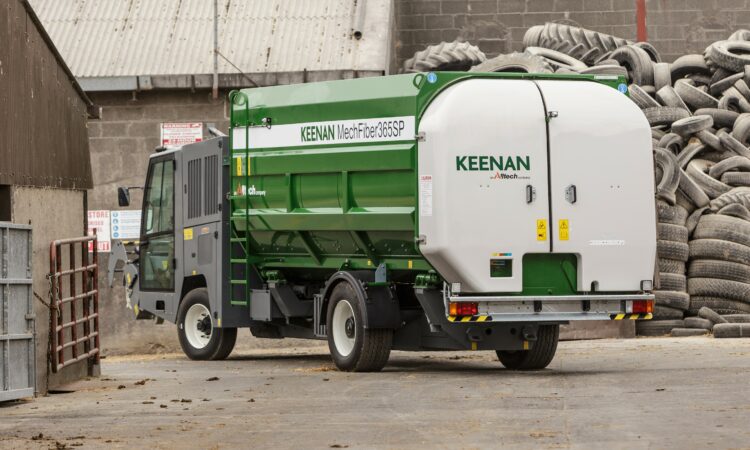 Following on from the launch of the 16m³ Keenan MechFiber 345SP in early 2017, the company has recently brought a 20m³ version to the market.

The new, larger machine carries the MechFiber 365SP designation (SP denotes that it is a self-propelled unit).

According to Keenan, the 16m³ machine “delivered impressive results on farms globally”. However, the company says that there was “a noticeable demand for a higher-capacity machine, especially amongst larger dairy herds and specialised beef-finishing units”.

Developed in collaboration with Italian firm Storti, the first MechFiber 365SP to be built and tested (pictured) has recently been commissioned to Grianan Estate’s organic dairy farm in Co. Donegal.

This is also the first self-propelled mixer wagon that Keenan has retailed in Ireland.

Although there isn’t an especially large quantity of self-propelled diet feeders operating in Ireland, the company says that recent herd expansion and labour shortage issues have “greatly increased the level of interest from farmers in Ireland”. 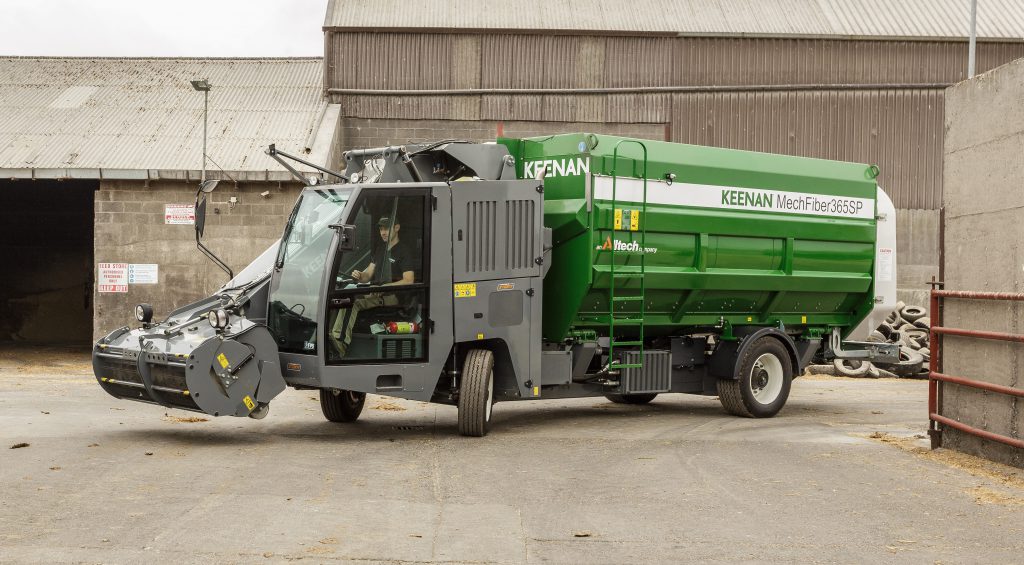 This machine can be specified with a near-infrared (NIR) system – to measure the dry matter content of different forages on the farm. The NIR system, if fitted, is mounted on the cutting head. 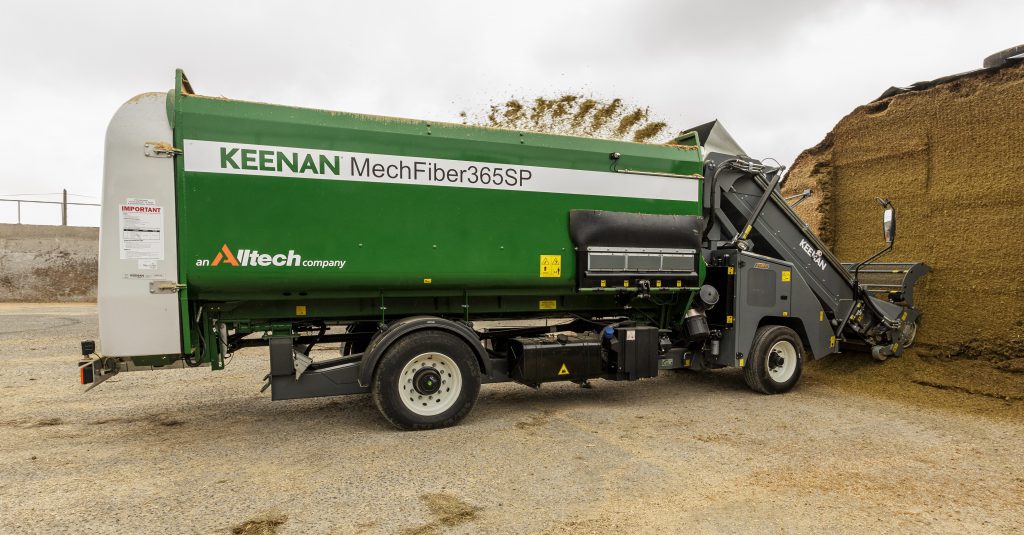 Feed is released from the silage pit (or clamp, if you prefer) by the cutting head and passes over the dry matter scanner.

The scanner measures the dry matter content and transmits this data to the InTouch controller (pictured below). 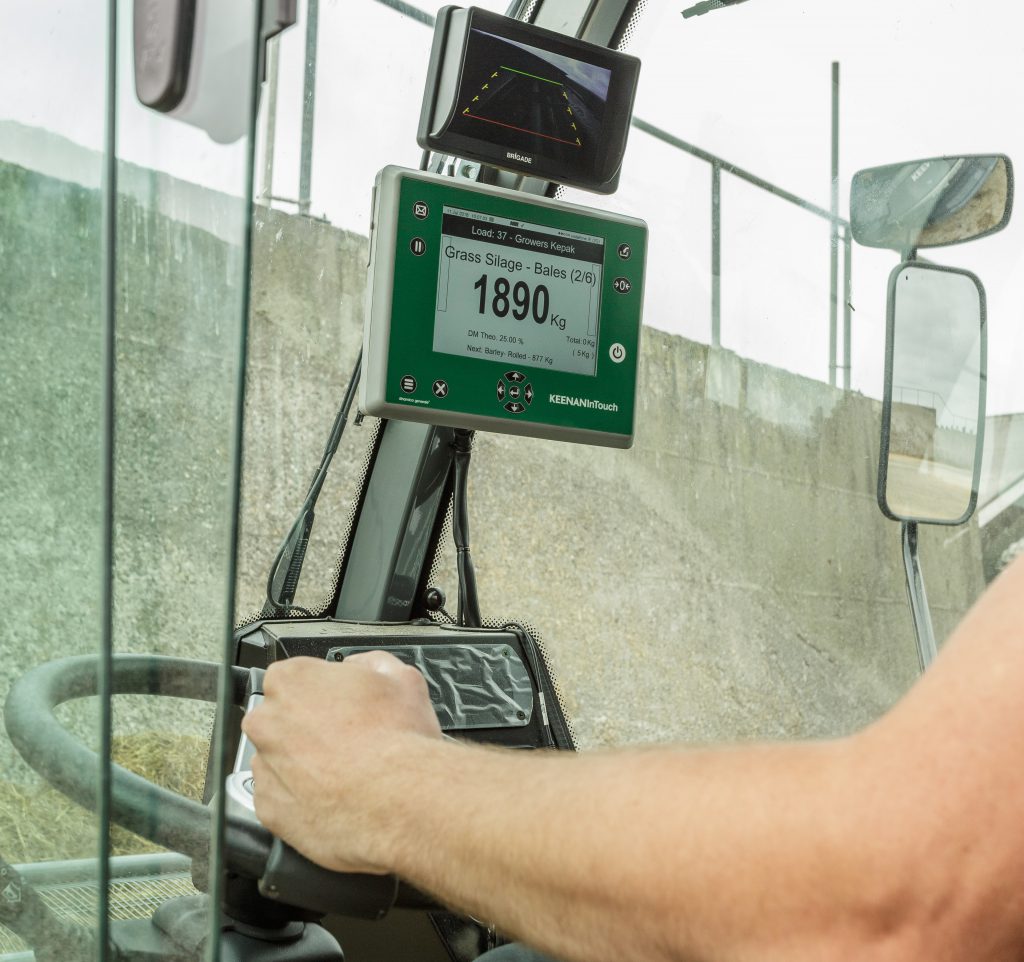 The InTouch controller then calculates the target weight for each feed component in ‘real time’. This is compared with the target ration; all the while everything is shown on the display.

According to Keenan, adjustments can be “made easily, depending on the dry matter content of the forage”. 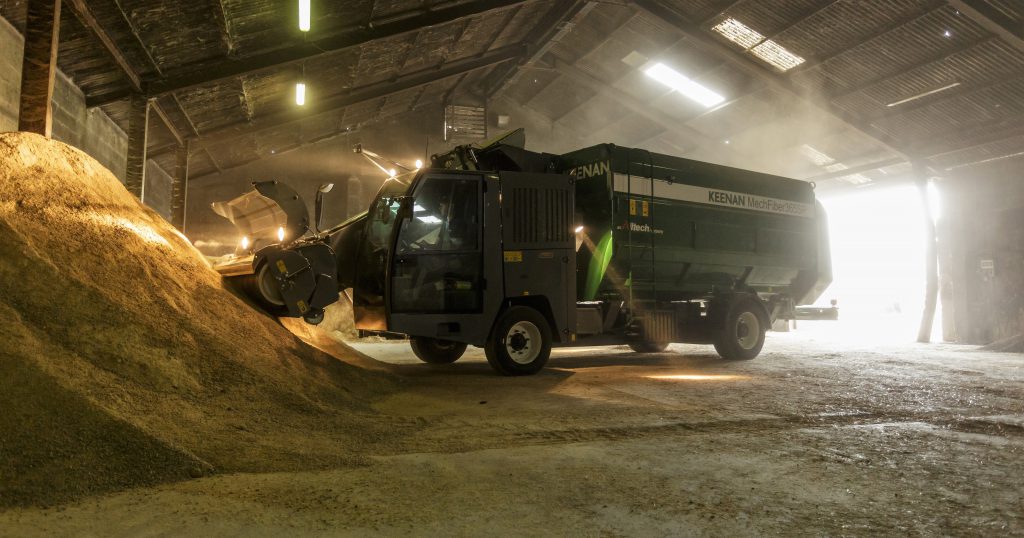 For example, if the dry matter is higher than anticipated in the measured sample, the planned ration and the quantity of ingredients can then be reduced – resulting in “large savings in feed costs”. 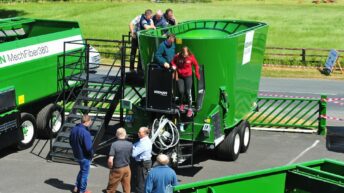