Two of JCB’s newest products were named as ‘Machines of the Year’ for 2017 at last week’s massive SIMA machinery show in Paris.

The 8000 Series Fastrac received the award in the 280-400hp tractor category and JCB’s Agripro Loadall telescopic handler secured the accolade in the handling section.

The awards were handed out at the event, where the brand’s new products received their international show debuts.

A JCB spokesman said: “We are delighted to have won both of these awards, which are a tribute to the whole JCB team involved in the design, engineering and manufacture of these two innovative products.

The Fastrac 8000 Series won the accolade thanks to its speed, comfort and innovation.

“The JCB Agripro Loadalls feature our unique DualTech VT variable transmission, which offers customers the best of both worlds by combining the flexibility of a hydrostatic with the speed and acceleration of a powershift in a single transmission.

Winners of the ‘Machine of the Year’ competition are decided by a jury of European journalists specialising in farm machinery. In order to be eligible, machines must sold in at least five European countries.

The 25th anniversary of the JCB Fastrac’s ‘birth’ was celebrated last year. To mark this occasion, 25 examples of a ‘special-edition’ silver-liveried Fastrac were produced.

The 8330, which was on display at SIMA, boasts all-round suspension and a top speed of 70kph. It, like previous Fastracs, has external ‘dry’ disc brakes with twin calipers. 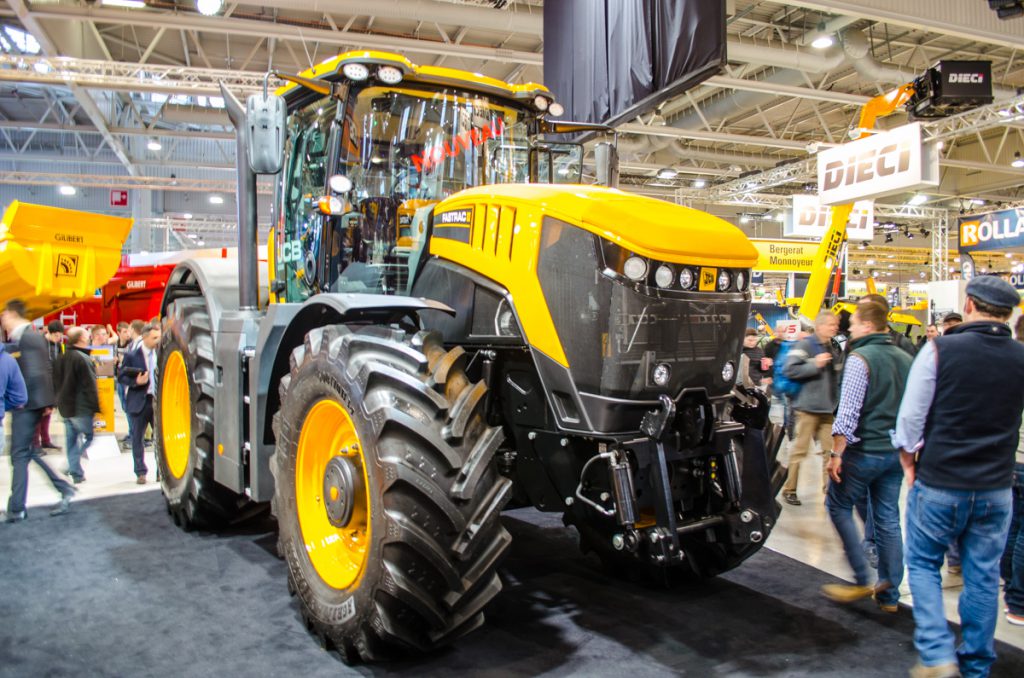 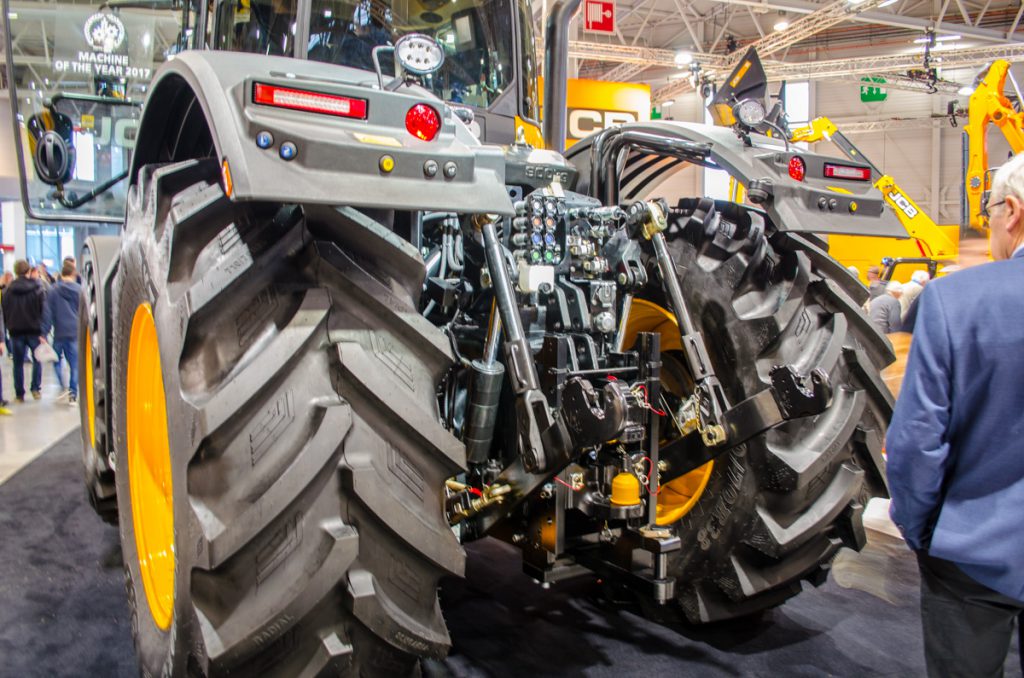 A ‘Rapid Steer’ option reduces lock-to-lock steering rotation by 50% – for faster headland turns. GPS capability is said to allow for “high-accuracy spraying and spreading up to 40kph”.

Inside the Command Plus cab, the ‘Hydrostatic Dual Steering’ system and anti-lock braking capability is said to make the tractor “operator-friendly and easy to steer and control“.