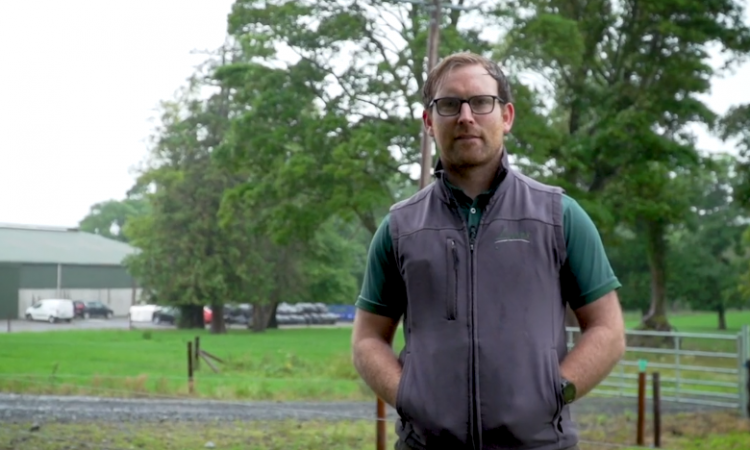 Before any fertiliser is spread, Sean and his Teagasc advisor, Christy Watson, sit down and complete a nutrient management plan for the farm on a yearly basis.

“When I first came here three years ago, the first thing we undertook was to do a full soil analysis across the whole farm to identify where our soil nutrient levels lie, and to be able to pull together a plan to start tackling our most limiting factors,” he explains in the video below.

Acknowledging that soil fertility was low on the farm, the first port of call was to correct soil pH.

The power of lime is often underestimated on beef farms in Ireland. By correcting soil pH, it has the potential to increase grass production by unlocking nitrogen (N) and soil phosphorus (P).

“We started off with spreading lime and we have probably spread over 190t of lime over the last three years,” he explains.

“I’ve seen significant improvements since starting the liming programme. Before – with the lower pH – the response to fertiliser was that little bit slower.

“I would get a response, but I can definitely see the difference in early growth rates from applications of fertiliser after spreading lime,” he added.

Sean notes that building P and potassium (K) levels is a difficult task with the tight margins currently experienced in beef farming, but the Kildare-based farmer targets little and often when it come to P and K to ensure that the grass has what it needs.

“I’ve undertaken the P allocation course to help build P. And, I’ve also got the opportunity to import some dairy ‘slurry’ that will allow me to build P and K indexes in a more cost effective manner,” he explains. 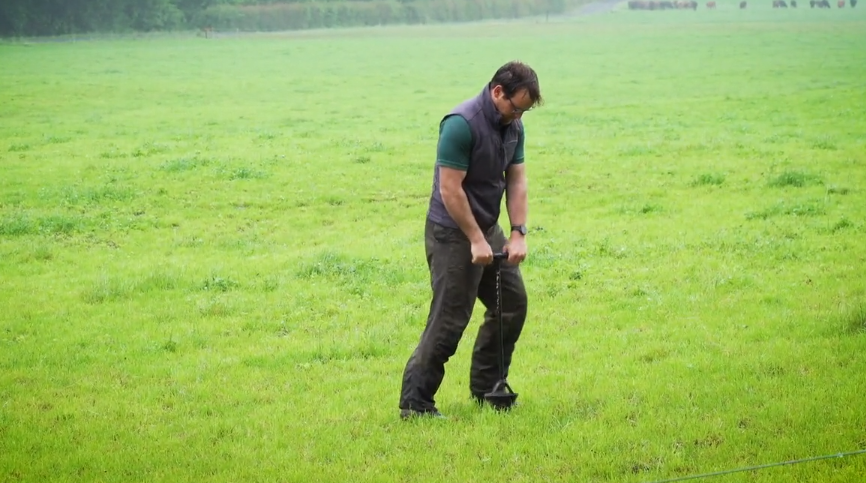 During the year, priority is given to silage fields when it comes to P and K fertiliser.

“I get the most response from building indexes on the silage ground first and foremost and – as money allows – we’ll build P and K in the grassland.

“If we take surplus silage off our grazing ground, we will go out with slurry after to replenish any nutrients that were taken off,” he added.

Grass silage and a red-clover sward are harvested for silage on the farm. The traditional grass silage is fed to the suckler cows over the winter period, while the red-clover silage is earmarked for the younger stock on the holding.

In addition, on the red clover silage ground, cattle slurry is spread after each cut to maintain and build soil fertility; no N is applied to this crop. 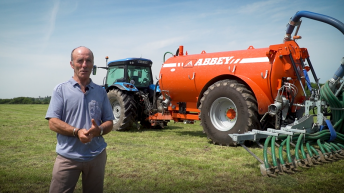