Getting more from your winter crops this autumn 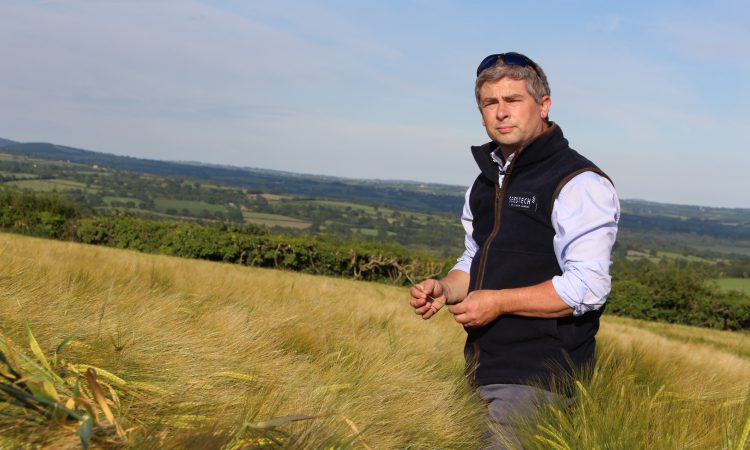 Over the last four years, BELFRY winter barley, GRAHAM winter wheat and HUSKY winter oats have done what good varieties should do – leave a decent margin for growers.

It not surprising that they are popular choices again in 2020 and proves that they are worthy varieties to lead their respective Department of Agriculture Recommended lists.

In a Seedtech survey of over 120 tillage farmers this summer, the overwhelming influence on variety choice was the Department of Agriculture Recommended List.

Not surprising as growers know that a Department of Agriculture, Food and the Marine variety score is based on at least three years of trial work which is independently assessed, grown in different counties and managed by various growers.

So popular varieties such as BELFRY winter barley, GRAHAM winter wheat and HUSKY winter oats perform well in trials, perform well on farm and are the best choice for your farm in 2020.

But can you make them work harder to either return more profit or reduce your risk as you drill the crops of the 2021 harvest? Yes, is the answer, and I wanted to highlight some examples below.

Making money in the take-all slot

This is normally where winter barley gets drilled, as we know winter barley makes its yield early enough in the spring that Take-all will not impact on yield.

A quick look at the Department of Agriculture, Food and the Marine trials clearly shows that BELFRY and BAZOOKA hybrid barley are relatively higher yielding in this ‘grave-yard’ slot than two-row options.

A point to note here is the Department of Agriculture, Food and the Marine trials do not use Latitude on seed, so any benefit is from the variety and from aggressive rooting in BELFRY and BAZOOKA.

For growers who choose to apply Latitude onto hybrids, there is a significant saving per acre drilled, as a tonne of hybrid seed drills 25ac, whereas a tonne of two-row seed drills 15ac. So, where winter barley is being drilled into Take-all slots, drilling a hybrid (with or without Latitude) is clearly the best option. 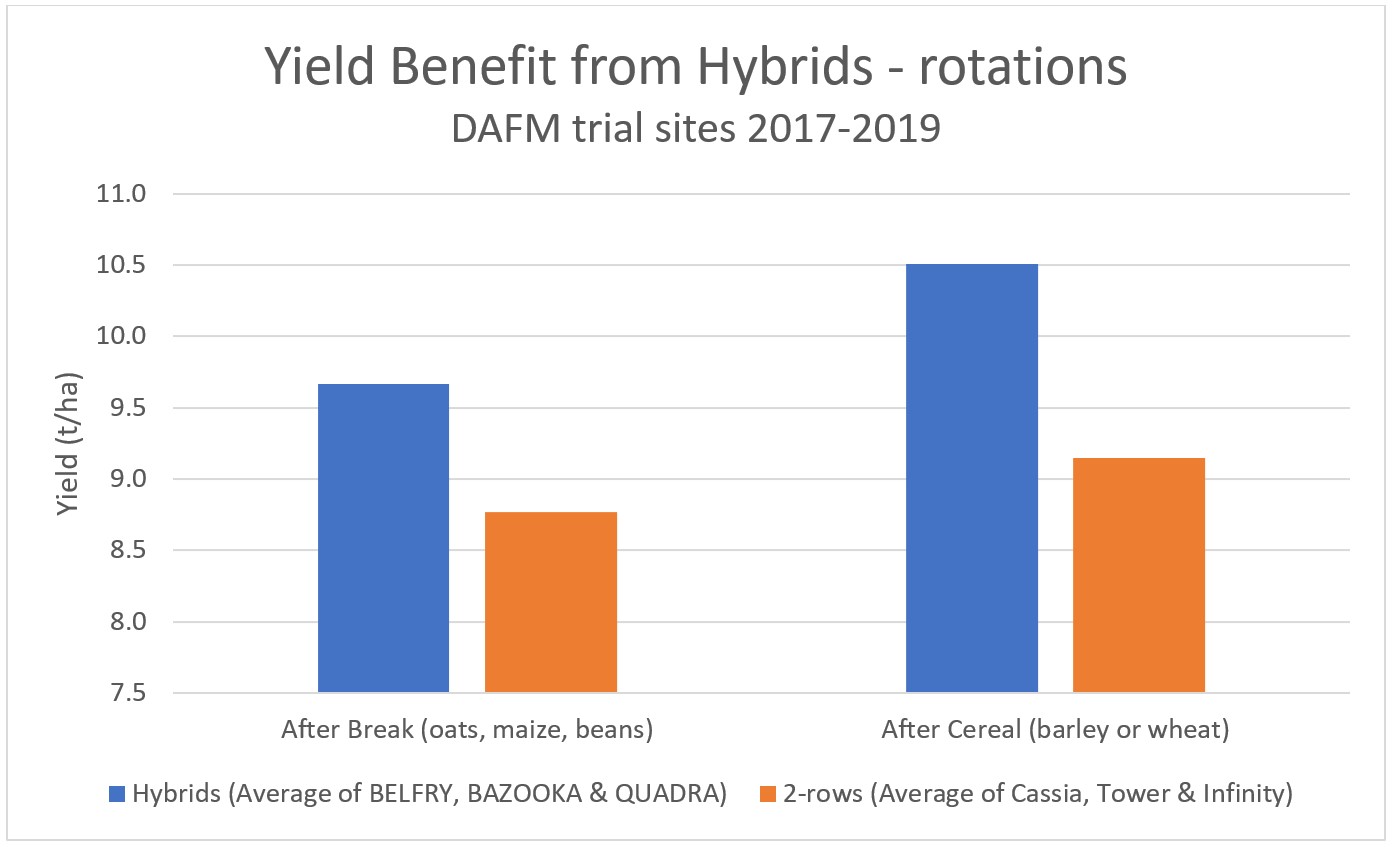 Weed control from BELFRY and BAZOOKA

It is not every day you select a variety to help manage weeds, but that’s exactly what BELFRY and BAZOOKA can do for you.

Growers of these varieties comment on the cleanliness of the stubble after harvest. Applying an autumn herbicide, especially pre-emergence, is often the only weed control needed where a good, competitive crop of BELFRY or BAZOOKA is grown offering a significant saving.

Recently, this observation has been measured by ADAS in the UK. In these trials, BAZOOKA reduced the seed numbers of sterile brome by 70% (the same result can be expected from BELFRY) as can be seen from this picture I took of a BAZOOKA crop in 2019.

Note the reduced head on the brome I pulled from the hybrid crop compared to the brome from the headland where no hybrid was growing.

A simple grower’s guide on hybrid barley is available on: www.seedtech.ie.

Depending on your location, early drilling can be from mid-September to mid-October and anything in between. However, irrespective of date, an earlier drilled wheat requires relatively slow autumn and early spring growth, reasonable disease resistance and good straw.

GRAHAM is the most complete wheat available for drilling in Ireland in 2020. It is quite slow to grow in the autumn and early spring so is not going to race ahead and reach growth stage 30 and cause headaches.

It has robust Septoria and yellow rust resistance which is the main reason people do not drill wheat too early in the autumn. Previously, Septoria was the main threat but in last few years yellow rust has become more problematic and GRAHAM is an excellent choice in this slot.

So while earlier drilled wheat brings its own risks, it also carries benefits, especially in heavier land and GRAHAM is an excellent choice for this slot.

Over the past three years, the Teagasc Profit Monitor analysis has collated a significant amount of anonymised data from Irish tillage farmers. Some gems of information have come from this research, and one I particularly like is the difference in profit between winter and spring oats which is €120/ha.

This is a significant increase in profit and added to the fact that winter oats harvest before both winter wheat and spring barley, is a bonus.

HUSKY is now firmly the most popular oat to grow in Ireland. It is very suitable to growing as a winter or a spring oat and that sort of flexibility makes it so much easier when ordering seed.

As a winter oat, it consistently performs in the the Department of Agriculture, Food and the Marine trials and on farm with many HUSKY growers saying it is the most profitable crop on farm. In terms of risk reduction, HUSKY has been tested in cold years and proven itself to be able to survive cold winters, providing a reassurance in these erratic seasons. 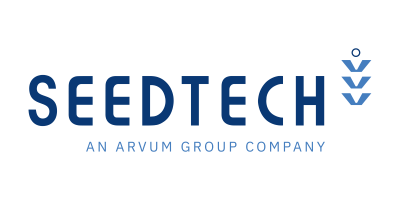