Investigations are underway following the recovery of “contact details of the owner” of a large pile of rubbish which was illegally dumped on a rural road in Co. Dublin, according to An Garda Síochána.

The rubbish was found on a road in the west of the county over the weekend, Gardaí noted.

“Gardaí responded to reports of illegal dumping on a roadway in west Dublin over the weekend.

Gardaí responded to reports of illegal dumping on a roadway in West Dublin over the weekend. Contact details of the owner recovered from the rubbish. Investigations are underway. pic.twitter.com/Xwrk5ahtNS 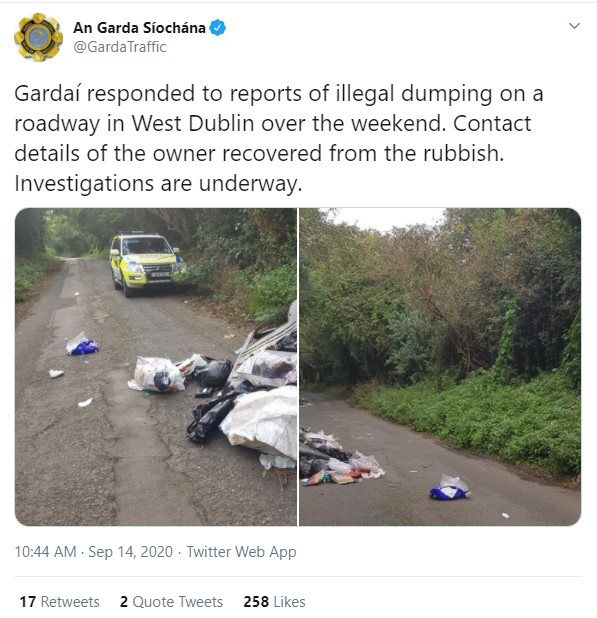 “[The] contact details of the owner [were] recovered from the rubbish. Investigations are underway,” the tweet concluded.

The issue of illegal dumping in the rural countryside was also highlighted last month by Drogheda woman Suzanne Collins.

The Co. Louth woman hit out at the ongoing dumping that is taking place at the end of Drakerath lane in Killineer, also known as the ‘dummies’ lane, just outside the town. 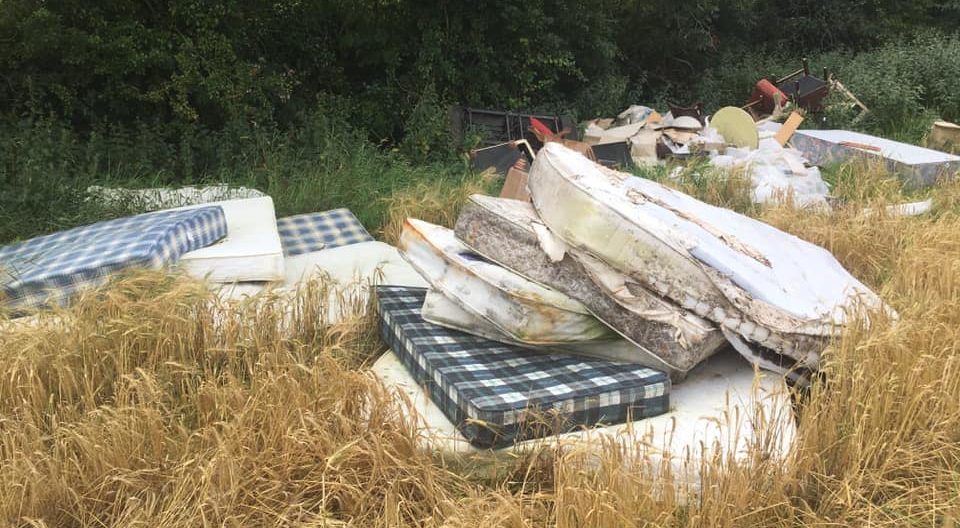 “People are passing the recycling centre and dumping everything from mattresses to old sofas and nappies to building rubble there and throwing it over the little bridge into a stream that flows through the fields there.

The dumping in the photos I took there recently can’t been seen from the road but it’s disgraceful. It’s attracting a mountain of rats.