Which county has the highest number of BEEP applications?

It has emerged that the highest level of Beef Environmental Efficiency Pilot (BEEP) scheme applications in the country have come from Co. Galway, with 2,070 farmers signing up.

Dublin, meanwhile, had the least number of interested parties, with just 55 applications received by the Department of Agriculture, Food and the Marine in respect of the scheme.

These numbers were revealed by Minister Michael Creed during Dáil proceedings last month when he was asked by deputy Charlie McConalogue to highlight the number of applications from each county.

Minister Creed explained that BEEP was established initially as a one-year pilot programme in an effort to “further increase” economic and environmental efficiency – in the suckler herd – through better quality data on herd performance and through supporting on-farm decision making.

He also pointed to the fact that there are currently 19,131 participants, in total, in the scheme.

The breakdown of the scheme by county is provided in this table (below): 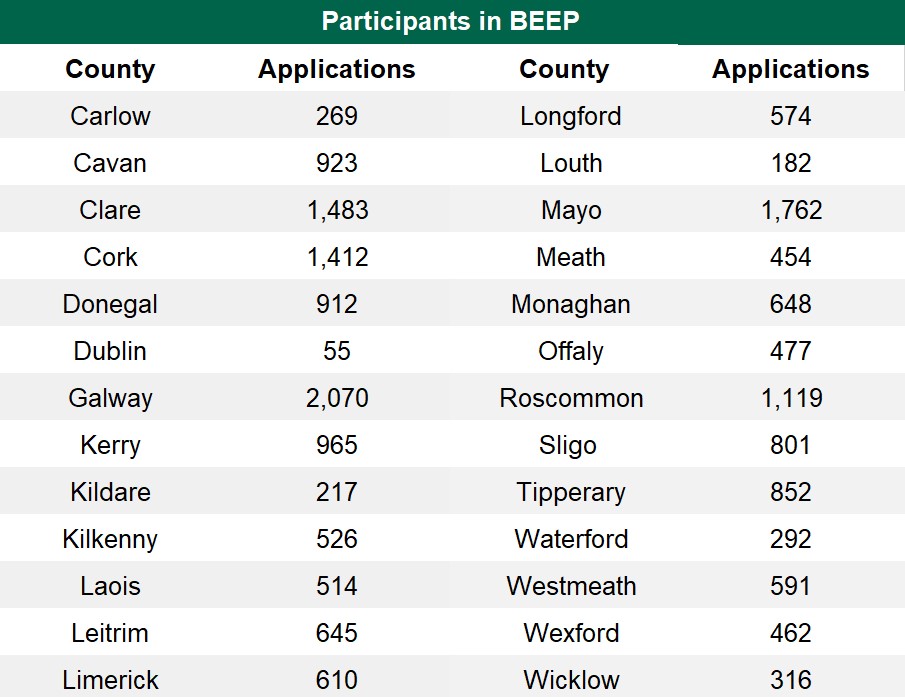 Meanwhile, the requirements of BEEP include: