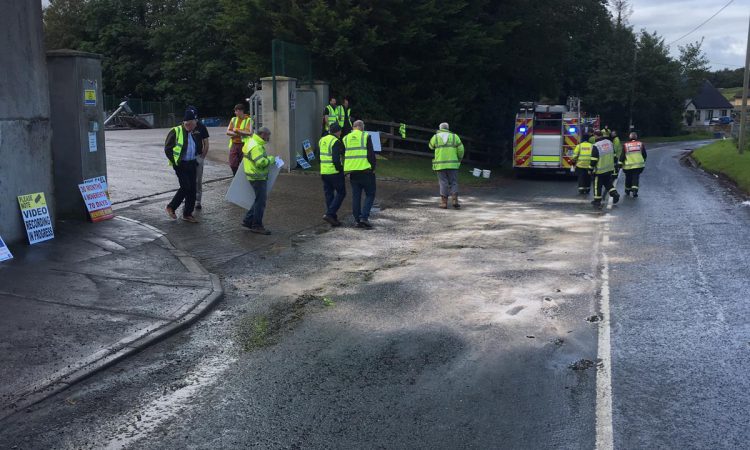 He said the commission “has some brass neck” and pointed to it “terrorising a group of farmers” after giving the green light to the ABP group to further consolidate the company’s dominant position by taking over the Slaney Group in 2016.

He added: “At that time the effect was to consolidate 26% of the total cattle kill under one single ownership.”

Meanwhile, the organisation’s president pointed to an Oireachtas investigation and how the time had come to “inquire as to why CCPC was threatening powerless farmers whose position – year after year – has continuously worsened to its current desperate state”.

The beef processing sector, dominated by three big players who are also in a dominant position in the UK, are let to manipulate prices to their heart’s content.

Phelan continued: “The CCPC was like a lamb in dealing with processors but is acting like a wolf with a group of farmers who are on their knees.

“A couple of thousand cattle farmers have stood outside the gates of meat factories over the past two weeks out of a total of over 100,000. How can this be seen as cartel like behaviour?”

A cartel in operation?

ICSA’s president went on to say that “the dogs in the street know where to look to find the cartel in the beef chain”.

It’s certainly not among the 100,000 helpless primary producers who are being forced out of business.

Phelan continued: “In fact, if the CCPC wants to cite basic competition economics, it should be easily able to determine that there is perfect competition among farmers in economic terms; this means that they have no influence on price.

Advertisement
Also Read: Protests continue at multiple factories around the country, despite ‘ceasefire’

“Their suggestion that protesting farmers could have ‘a serious effect on Irish consumers’ is farcical in the extreme.

“On the contrary, farmers are saying that the food chain is rigged to manipulate profits for processors and retailers while farmers go bankrupt.”

Phelan went on to say that it was “laughable” that the CCPC should cite the Beef Plan Movement in the first instance.

It is only in existence a few months and does not have a monopoly on beef farmer representation.

He continued: “In fact, there are five recognised farm representative associations who have cattle farming members in addition to the loose alliance of farmers, who have protested under the beef plan’s banner in recent days.

“It is clear that no farm organisation has anywhere near a monopoly position in telling farmers what to do.”