Fusarium risk will be high over the coming days 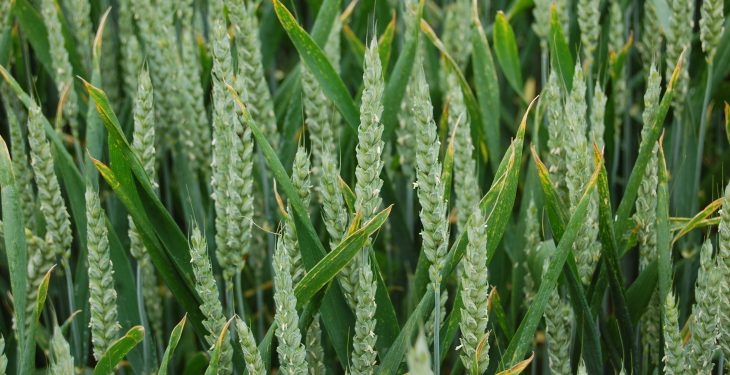 The risk of fusarium attack on winter wheat crops will be quite high over the coming days, according to Teagasc’ s Head of Crops Knowledge Transfer Department Michael Hennessy.

He said winter wheat crops are now at the flowering stage and this could take up to a fortnight to complete.

“During this period crops are prone to fusarium attack. In certain years, this is a fungus that can cause significant yield reductions. This was certainly the case back in 2012,” Hennessy said.

Fungicide options are those products containing Propiconazole or Metconazole. Strobilurins will have no impact at all on fusarium.

According to Hennessy, fungicides will only give, at best, a 50% control level where fusarium is concerned.

“A fusarium attack can be very significant or it does not occur, due to dry, sunny weather.

“A rule of thumb would be to be concerned about fusarium spread during potato blight warnings and frequent showers around the flowering period. The same weather conditions create the likelihood of both challenges arising.”

“Crops should be sprayed with a fungicide to control ramularia, which needs to be applied curatively or early. This is the main, late-season disease that impacts on spring barley crops in Ireland.”

The Teagasc representative confirmed that mildew has been a major challenge for cereal growers throughout the 2017 growing season.

“Part of the problem has been caused by dry, mild weather early in the year and dense canopies that have been so prevalent in crops through the season.

“Dense canopies will prevent applied fungicides from getting down through the canopy. Given these circumstances, growers need to make a judgement call on whether or not it is worth applying a Morpholine-based fungicide at this stage.

“The strongest case, in this regard, can be made for spring-sown crops. Severe mildew attack can reduce straw quality.”

“As a result, the potential for excellent yields at harvest remains high. But suitable weather is necessary to realise all this potential.”