Fury at ‘no show’ by Sinn Féin 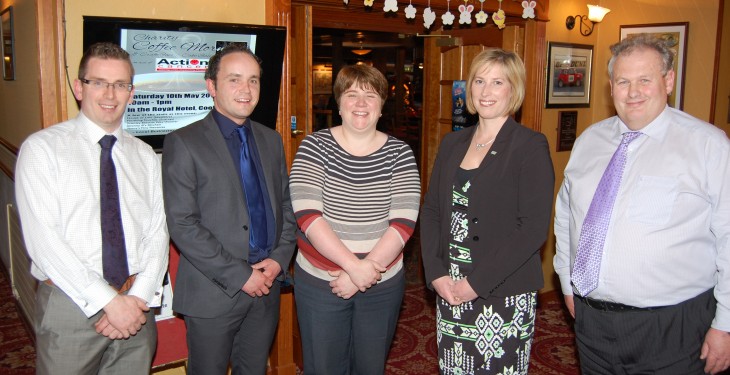 Farmers attending a CAP Reform debate in Cookstown last week expressed their deep annoyance that a representative from Sinn Féin was unable to attend the event, despite a number of invites having been issued to the party. The meeting, which had been organised by the Ulster Farmers’ Union, was chaired by UFU President Harry Sinclair. In attendance were MLAs: Ian McCrea(DUP) Jim Allister (TUV), Patsy McGlone (SDLP) and Sandra Overend (UUP).

Courtesy of their presentations, all of the politicians highlighted the absolute importance for Farm Minister Michelle O’Neill to make a quick decision on the outstanding CAP reform issues. The differences emerged on their respective party policies relating to the issues of regionality and the transition period leading to the full implementation of the new CAP measures.

Messrs Overend, Allister, and McCrea espoused the advantages of a two region CAP model and the longest possible transition period. For his part patsy McGlone confirmed that the SDLP wanted to see the introduction of a one region model in tandem with a four year transition period.

A key point repeatedly made by the farmers in attendance was the need for the Executive at Stormont to aree all o the new CAP measures immediately, given the mid-May close of submission date for the 2014 Single Application Forms.

Responding to these comments Jim Allister suggested that the Union should organise a mass demonstration of farmers at Stormont during the week commencing Monday April 29th.

“This approach will serve to focus the mind of the Farm Minister on this crucial issue,” he stressed.

Speaking after the meeting Harry Sinclair said that he wanted Michelle O’Neill to invite the Union to participate in formal negotiations on the new CAP reform measures.

“And the sooner the better,” he stressed.

“This is the only way to get us out of the impasse that has been created!”