A seven-point plan has been drawn up by the Minister for Agriculture, Food and the Marine, and key stakeholders following today’s beef summit at Dublin Castle.

Sources at the meeting said a regulator has not been ruled out, but said the Minister had conceded on the need for a formalised negotiating process.

The Minister called the meeting a “very worthwhile exercise” and said the serious engagement by the stakeholders present reflected the importance of this vital sector to the Irish economy. “Today’s meeting was both honest and constructive but most importantly confirmed my belief that this is a hugely important vibrant sector with a very bright future. One of my priorities since taking office has been the continued development of the beef sector and I am personally committed to its development as is the Government. This is reflected in the €40m investment package announced as part of this year’s budget which is a strong vote of confidence in the future of this sector. One of my primary objectives throughout the CAP reform negotiations was to ensure the sector was supported at farm level.”

He re-iterated the contribution which the sector makes to the Irish economy. More than 100,000 farm families are involved in keeping cattle and sheep, and approximately 65,000 farmers are engaged in specialist beef farming. Last year the value of beef exports exceeded €2 billion, compared to a figure of €1.5 billion in 2010. The Minister also thanked Bord Bia, Teagasc, AHI and ICBF for their contributions to the event noting that their work constituted a key element of the public policy input to the development of the sector.

He said the roundtable was about facing up to and not shying away from recent issues. Ultimately the inter-dependency between all players in this sector forces everybody to work together and it was clear that there’s a real desire to drive this sector further to fulfil its potential. The key to realising this potential to deliver these returns for all will be greatly improved by two main themes of today; namely communication and transparency”.

The Minister concluded “wherever I go in the world as Minister for Agriculture, I am proud to highlight the quality of Irish beef which I believe to be unsurpassed anywhere. This is reflected in the key international markets which have opened to Irish beef in the last three years and this demand for Irish beef worldwide is one that will continue to grow. The challenge here at home is for all links in the supply chain from farmer to processor to work together, supported by Government, to drive on this development that the sector delivers returns for all. Today confirmed that that this desire exists and that improved communication and transparency will be key to achieving this progress.”

ICSA president Patrick Kent said he welcomed the fact the Minister now sees there is a crisis in the industry. “We welcome the fact that the Minister now sees that there is a crisis in the sector and ICSA will work with the new negotiating process. However we will have to see solutions which must include viable prices for 450kg bulls, greater understanding of the viability issue on cattle farms and open competition for all grades of cattle. Live exports will have to be facilitated to all markets.”

He said the industry needs structures to deal with problems such as sudden and unwarranted changes in price and spec, anti-competitive practices designed to manipulate price, difficulties in exporting live stores to Northern Ireland and Britain, savage cuts on animals that don’t meet quality assurance criteria and the overall concern about the suckler herd. “We will continue to make the case for a regulator while engaging with the process set up by Minister Coveney.” 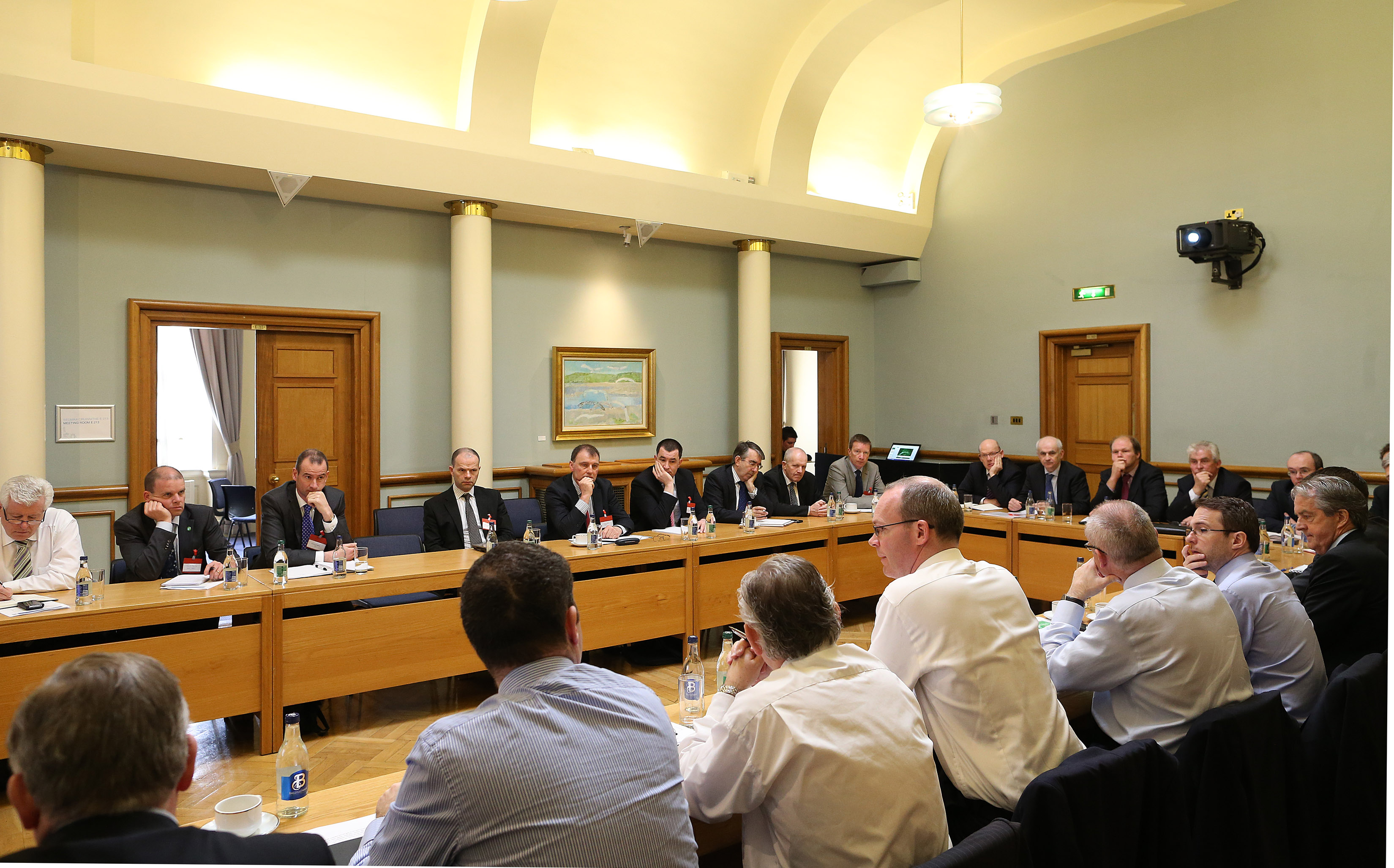 Book review: A History of Ploughing in Co. Galway