IFA will push live exports to drive up beef prices 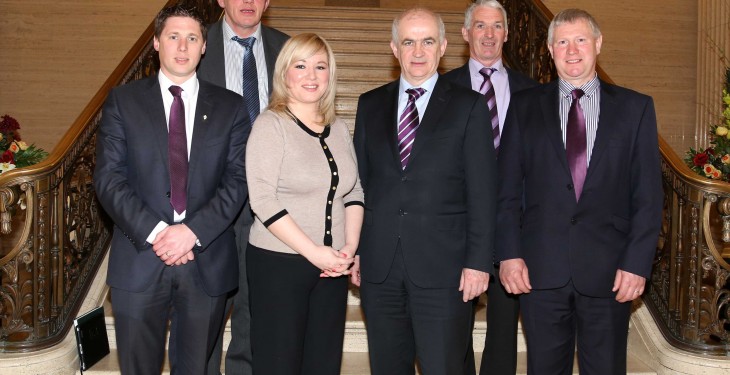 The IFA will push the export of live cattle, to help limit supplies and drive up beef prices, IFA President Eddie Downey has told Agriland.ie

In an interview this week, the IFA President, who is 100 days in his role, said the current crisis in the beef industry has been going on for months but cannot continue. Key stakeholders in the industry are due to meet with the Minister for Agriculture, Food and the Marine, Simon Coveney, on Thursday morning in Dublin Castle to discuss the situation.

However, Downey has said the meat factories have let farmers down and are not able to market more than 29,000 cattle a week. “We met the meat factories the first couple of days after I got into the role and the one thing I said to them was that I would instruct all the IFA officers to tell farmers on the ground to export their calves, live, out of the country as soon as they are born. I also said we would get as many boats as we can and export live cattle.

“The factories can’t market more than 29,000 cattle. They’ve proven that. If we make cattle scarce, there will be a good price. The current over supply is exacerbated by a difficult bull market. But that’s a situation the factories asked us to get into. Farmers signed up to an unwritten contract and we did our part of the bargain and they let us down – they were not able to market the beef.”

Meat Industry Ireland’s (which represents the meat factories) communication regarding specification of beef cattle, he said, was unacceptable. “We don’t accept what they wrote and they haven’t consulted with anyone on the process.” He said the specification for one market, the UK, is not going to dictate the payment structure for every animal in the country and for every other market. “We are rejecting that completely.”

The distrust, he said, between farmers and the meat factories has widened, which is worrying. “We have to make this system work as it’s a huge issue for farmers. Any changes that take place at farmer level, as regard breeding of animals or specs. Is a very gradual process. To change the suckler herd around would take a minimum of five years.