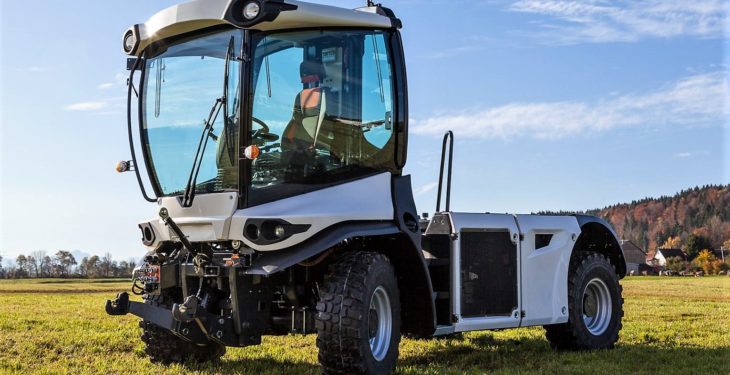 The vehicle is essentially an electric, multi-purpose tractor. In fact, the company describes it as a culmination of “digitalisation, automation and electrification” in an agricultural machine.

According to IVT (International Industrial Vehicle Technology), the SymonE is a battery-operated test vehicle that was developed in conjunction with French company Dintec.

The STW machine is essentially a demonstration of the company’s expertise in the area of agricultural electrics and electronics.

Powering the fully-electric machine is a 90kWh/650V battery pack. IVT says that the battery comes from Kreisel Electric. It’s a high-tech machine; there are no fewer than four on-board cameras, enabling the operator to keep a close watch on everything.

According to IVT, the SymonE will likely be used for tests involving electric agricultural implements and attachments – offering manufacturers of such equipment access to a “brand-neutral” electric tractor.

The demonstrator vehicle will also serve as a test-bed for the ongoing development of semi-automated and fully-automated machine functions. Watch this space…

In other STW news, the German-based company has this autumn – for the second time – received a ‘Supplier of the Year’ award from fellow German manufacturer Krone. The award rated STW as the best supplier in the ‘Electronics’ category.

STW and Krone have worked together for many years. Back in 2011, STW was selected as Krone’s development partner and supplier for a new ‘control unit platform’.

Approximately 300 suppliers to Krone were considered for awards; all were assessed by Krone specialists.

STW made its name developing and manufacturing a range of specialist technologies; its customers are manufacturers and users of mobile machines and industrial vehicles – both on and off-road.

Its products include: measurement technology; control and automation systems; telematics and machine connectivity; and electrification of drive-lines. 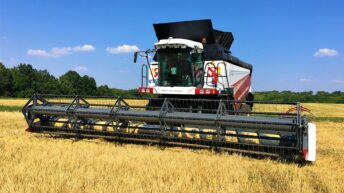 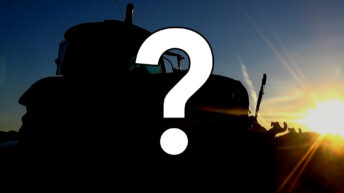 ‘Driverless’ New Holland busy on the bogs of Ireland?