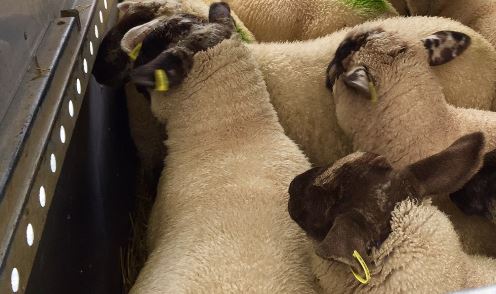 The proposed introduction of full EID tagging will have a negative impact on sheep farm incomes said the IFA’s Sheep Committee Chairman.

John Lynskey said that the proposed cost of EID tagging is a big problem and could have a negative impact on an already struggling industry.

“The present system has been working well but the proposed changes will be an extra cost without providing any real benefits,” he said.

The proposed system could potentially place an additional cost of €1.25-1.50/head on lamb producers.

He added that the main problem lies with mixed batches of lambs from different holdings. This could cause a major head ache for store finishers.

Factories are keen to insure the implementation of this as it could potentially ensure full traceability for these mixed batches.

Lynskey said that there is no issue with lambs coming from farm of origin to slaughter.

There is currently a working group set up to work on the issue of EID tagging which includes the Department of Agriculture, marts, factories and the farming organisations, he said.

On the ground, Lynskey said that the attitude to EID tagging is generally negative with farmers for the most part opposed to any changes.

He also said that there could be a potential problem with the central points of recording.

“Central points of recording are to be set up at factories and marts to provide a print out of tag numbers, but as far as I aware there has been no work carried out on this aspect yet.”

The proposed changes are as a result of plans by the Food and Veterinary Authority of Europe to increase tractability, he said.

If these changes were introduced Ireland would follow the British, Scottish and Welsh into using this technology.