From Kerry to Kyrgyzstan farming captured on TG4 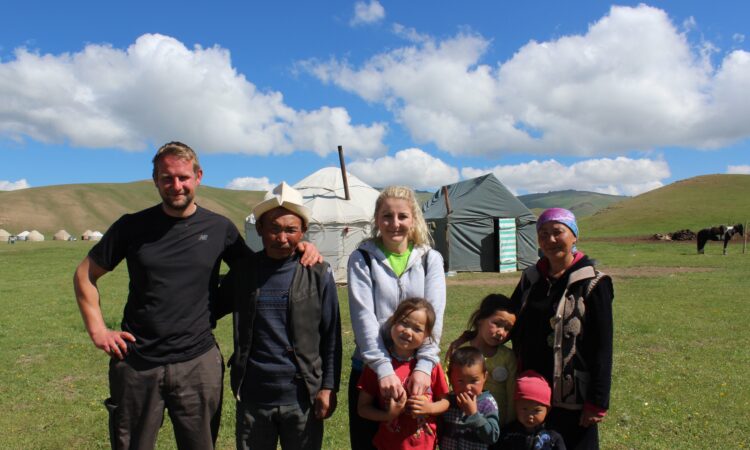 The experiences of two Kerry natives from farming backgrounds while living and working as nomadic shepherds and farmers in Kyrgyzstan, Central Asia, will be aired on ‘Taithi Gan Teorainn’ on TG4 on Sunday, February 17 at 8:30pm.

Ann Martin and Ronan O Siochru from Dingle travelled to Kyrgyzstan in Central Asia last May for a week. On arrival in Kyrgyzstan, the pair were faced with toiling on farms without running water or electricity and had to build and live in their own yurt.

Ronan, who had never been on horseback, was put straight to work, riding the hills and rounding up horses and cattle. Ann, an experienced horse rider, was confined to the homestead, cooking and looking after the children. Ann and Ronan were also tasked with selling sheep in the busiest market in the country, Kochkor.

“A past school friend reached out to me about the trip as amazingly it’s tough to find a female Irish speaking farmer and she felt with my background that I’d be great for this opportunity,” said Ann.

“We didn’t know where we were going until two weeks before and to be honest I couldn’t point out Kyrgyzstan on a map before this if I tried.

“I didn’t know who the other farmer was until I got to Dublin airport. He’s also from Dingle and his dad was my dad’s best man for his wedding.”

Being from a farming background and used to multitasking, Ann was up for the challenge. “We’ve a dairy farm at home with 80 cows, and I have been milking cows from a young age.

“When I was young we had a couple of hundred sheep too but with dad’s health; labour with sheep; the dip in the market; and all of us going off to college, we now only have about 50 sheep but we were able to increase the size of the dairy herd,” she said.

“We also show cattle – commercial breeds – and used to show purebred Suffolk sheep. We achieved many prizes with both cattle and sheep,” Ann said.

“I completed my green cert this year so I’m a fully qualified farmer. However, farming is a part-time hobby for me as I work as a quality control microbiology analyst in Cork,” Ann said.

“I’m a qualified personal trainer but this has taken a back seat with work. I’m a fitness modeI. I compete in fitness model shows in Ireland. My next show will be in the UK so training is very intense along with having time to pop home at the weekend to help out on the farm,” she said.

I’ve always had an interest in farming but felt it’s a tough lifestyle. It’s hard to make a living. I’ve a younger brother so I got the college degree and he gets the farm. 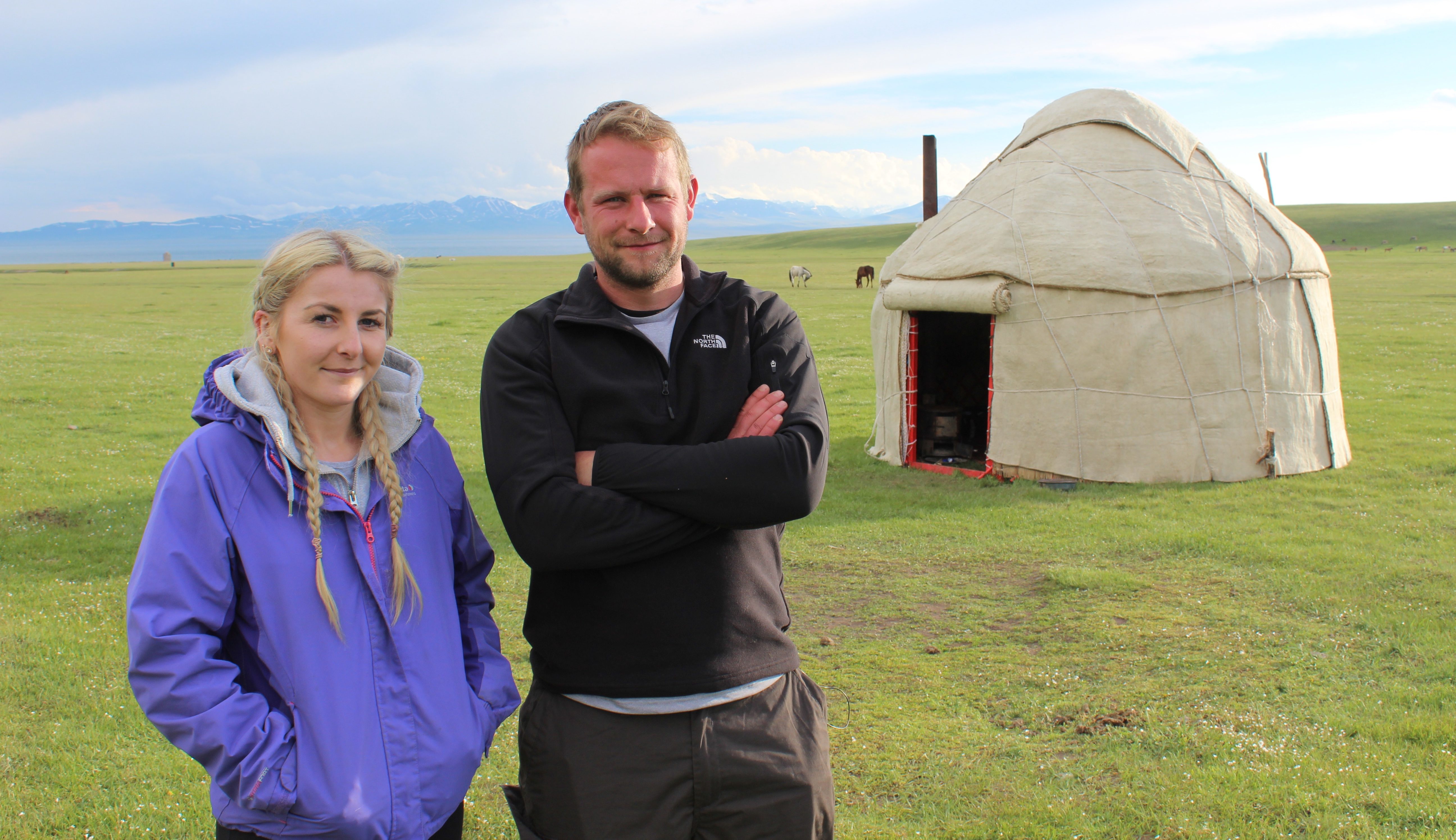 Ann completed a QQI level 5 in animal welfare and did a lot of work experience with vets and the Irish Society for the Prevention of Cruelty to Animals (ISPCA). “I’m hoping to work with other charities in Cork too as I love working with animals.

“I’ve had all sorts of pets – bunnies and dogs – I have two at the minute and they are like my kids – but my first pet or as we would say ‘peata’ –  Irish for pet – was a Simmental X Friesian cow that I spoilt with extra feeds when dad wasn’t looking.”

Her Kyrgyzstan trip, as captured for TG4, was the experience of a lifetime. “The people were so friendly even with the language barrier. I learned so much about myself even from the trip and how grateful I am to have the simple things like a phone; running water; and a toilet that isn’t a hole in the ground,” Ann said.

But weirdly I was so jealous as the second family we stayed with was a couple who were my age – 25 – with two beautiful boys. They were so happy, they couldn’t want or ask for any more. They just lived off the land, minding the kids and the animals; milking the horses; herding the yaks; and the sheep.

“My favourite part was being out gathering the yaks. A baby yak was just born that day. He followed me behind the horse and even got mixed up between the horse’s legs and at the end the farmer caught the calf and I was able to hold him up on the horse. Literally I was in tears, being able to be so close with another different animal and it being so healthy.”

Another high, Ann said, was milking the horses. “They ferment it and we were told not to drink it as it would make us quite sick. They have great beliefs in this mix as it is meant to have great health properties.”

She revelled in the chance to sell sheep at the market. “Firstly being a woman at the sale was different and with the cameras, people were afraid to approach us. However, with the translator, we were flying it in no time. There was banter with all the other farmers. Trying to sell the sheep and trying to broker a deal was such fun. And I managed to sell my sheep first so I was delighted.”

Ann was less enthusiastic about having to do all the duties associated with women there, for the first farm family host. “I had to cook the dinner which usually involved a few potatoes; carrots; litres of water; and chopped up meat that was hanging on the washing line just before that.

The fire under the pot was heated with dried sheep manure. I also had to do the other daily tasks that women in this society do such as minding the kids, cleaning the yurt and milking the cows by hand. 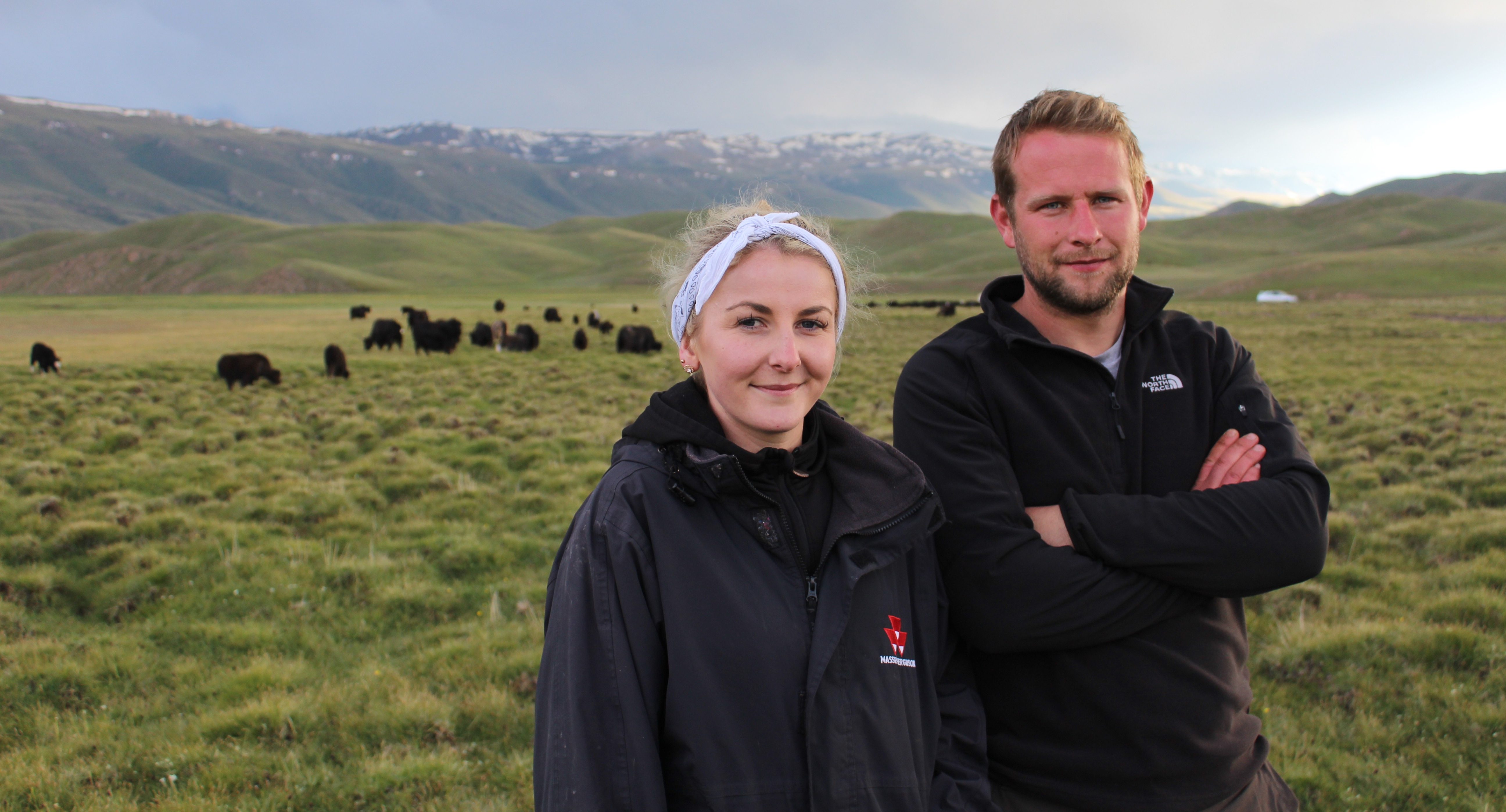 “A woman isn’t allowed ride the horses or herd the animals. This was so tough for me as I’m always out handling the animals.”

Some other aspects of life there were also testing, Ann said. “Another farmer was herding a bunch of horses one of the days and trying to put a fetter on one of them; it was so tough to watch. It was the same thing trying to lasso one of the yaks that was going to the market. They used one of the horses to pull him into the trailer.”

For Ann, the Kyrgyzstan trip made her reassess a lot of things. “It’s made me appreciate the things around me. I’m grateful for the balance I can have working with the animals and the freedom to travel alone – one of the farmers was shocked I was allowed travel without my partner.

It was the greatest experience in my life so far. Just the ability to have the insight into their lives, how they have so little in comparison to us at home with all our technology and so on, yet they seem so happy.

“They have all their family around them including grandparents. It reminds me of the stories my dad would tell me about all the neighbours calling to listen to the radio – bothantiocht – as they’d call it.

“Nowadays, farming is almost competitive with your neighbours, in comparison to over there where they are only trying to support their family,” said Ann. 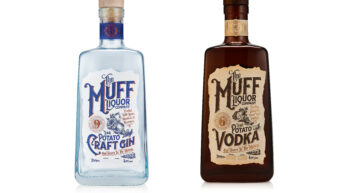