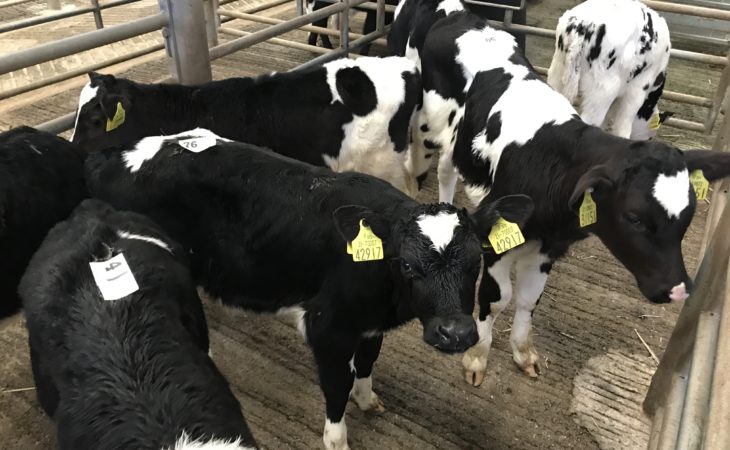 The number of dairy calves presented for sale at marts across the country has steadied in recent days. However, some marts have reported supply increases. Prices achieved by Friesian calves eased somewhat after the inclement weather experienced earlier this month.

However, the demand for Friesian bull calves has picked up again. Looking at prices, ‘black and white’ bull calves and lots suitable for export traded at €50-130/head.

Meanwhile, the lighter, younger calves sold anywhere from €5/head to €50/head. Calves with Jersey genetics generally realised the lower of these prices.

Farmers also remained active at the ringside. When it came to Friesian bull calves, farmers were willing to pay anywhere from €125/head to €220/head to secure these lots. Again, these prices were dependent on the age of the calf and the degree of feeding undertaken prior to sale. 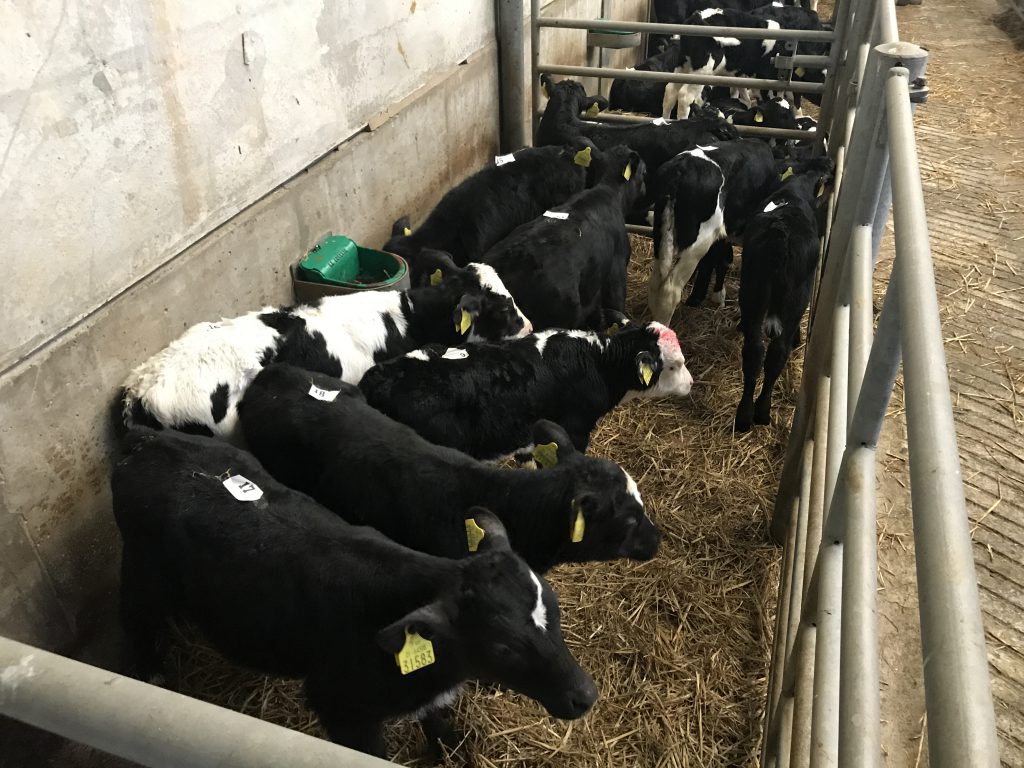 In addition, there’s a huge variation in the prices achieved by Hereford and Angus lots. The hammer fell on heifers at €90-350/head, while Angus and Hereford bulls traded at €100-400/head. Again, the lower prices were achieved by plainer calves, while top-quality types secured the highest prices.

Calf exports so far this year

Looking at the latest statistics from the Irish Cattle Breeding Federation (ICBF), some 855,664 calves were registered to dairy dams during the week ending March 25. This is an increase of 27,628 head or 3.3% when compared with the same period in 2017.

In addition, figures from the Department of Agriculture show that some 56,165 calves left Irish shores so far this year.

Export growth has been witnessed in Spain and the Netherlands – two of the main markets for Irish calves. Up to March 5, some 10,513 were exported to Spain. This is an increase of 2,479 head or 30% on the corresponding period in 2017.

Furthermore, 14,832 live calves left Ireland bound for the Netherlands up to March 5 – an increase of 32% or 3,659 head compared to the same period last year. 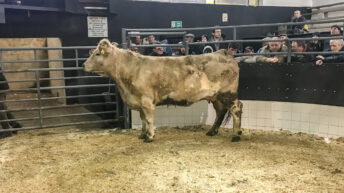