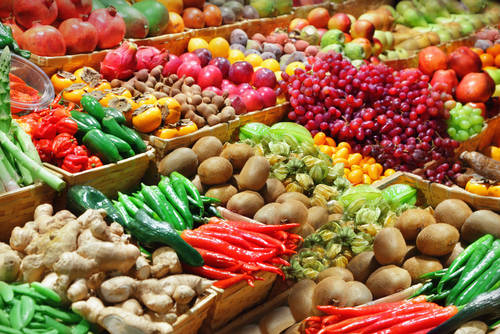 Fresh produce is the number one grocery category in Ireland according to data from Kantarworldpanel report on the retail sector.

Outlining the findings of the report Mike Neary, Horticulture Manager, Bord Bia in a recent Bord Bia market update said in 2013, the value of the retail sales of fresh produce was €1.2 billion.

He said the fresh produce category is made up of vegetables (€521m), fruit (€531m) and potatoes (€184m). Combined, fruit and vegetables account for 14.5 per cent of the total grocery spend in Ireland, which places fresh produce as the number one grocery category.

Neary also found that data for the most recent quarter (ending 5th January) for the fresh produce category shows that household penetration is maintained at 100% with purchase frequency slightly up to over 33 times per year and the volume purchased per trip also up.

However Neary noted, the unit price was lower, by about 9.6 per cent, for this quarter compared with the same quarter in 2012. He said this figure would have been driven by the focus on the retail promotion of fresh produce in the run up to Christmas, which saw an increase in the volume sold but also resulted in a significant reduction in the value of the fresh produce category for that period.