Freezing night in store as temperatures drop as low as -8° 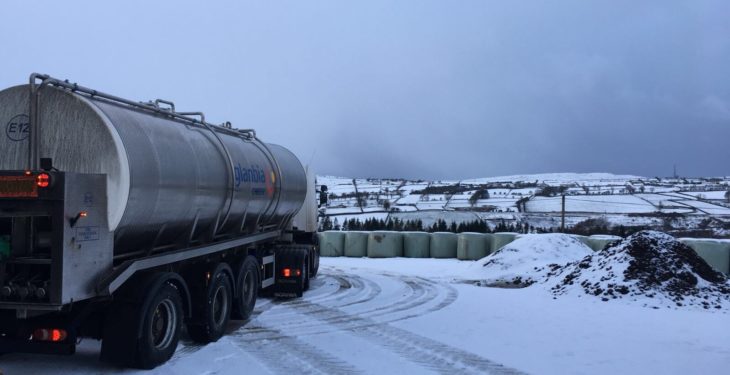 The country is in for a freezing night tonight as temperatures are set to drop to as low as -8° in places, according to Met Eireann.

The national meteorological service has also issued a status orange low temperature weather warning for the country. The weather warning was issued this morning (Sunday, December 10) at 10:00am and will come into effect from tonight at 8:00pm through to tomorrow morning at 10:00am.

Any lingering rain, sleet and snow in the south is expected to clear early tonight, according to Met Eireann.

It will be a mostly clear night with severe frost, ice and lying snow leading to very hazardous conditions on roads and footpaths.

Lowest temperatures of -2° to -8° are predicted, with it expected to be coldest in the midlands. Some wintry showers will develop in parts of Ulster and Connacht later in the night and a few mist and fog patches will form under slack north-west breezes.

Severe frost and ice are expected for tomorrow (Monday) morning with treacherous conditions on roads and footpaths. There will be a mix of bright or sunny spells and a few scattered showers, some wintry in Connacht and Ulster. It will be cold with highest temperatures of 3° to 6° with a moderate to fresh north-west wind.

Tomorrow night will be very cold with lowest air temperatures of 0° to -4° with icy patches and lying snow in places. It will be a mostly dry and clear night with moderate to fresh northerly winds.

Tuesday will have a dry and sunny start but cloud will thicken from the west bringing rain during the afternoon and evening with sleet over high ground. Day time temperatures on Tuesday will be 4° to 7° over Ulster and Leinster and 8° to 10° over Connacht and Munster.

Wednesday will be cool and windy with heavy showers, Met Eireann forecasts. 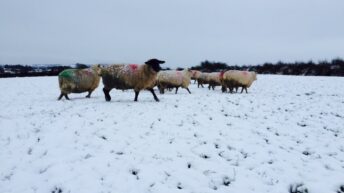 Snow and ice warning issued, with as much as 3cm expected in some areas