Farmers have been warned, by the Ulster Farmers’ Union (UFU), to be on their guard against fraudsters targeting the agriculture sector.

Apparently, fraudsters are preying on farmers or those in the agriculture sector who are completing their tax returns, the UFU said.

The scam was recently brought to the attention of the farm organisation.

It is reported that fraudsters are contacting farmers via emails and text messages in an attempt to obtain important account details.

The UFU Deputy President, Ivor Ferguson, called for farmers to be very cautious and not to give out any personal information.

These unscrupulous individuals are very convincing, which is why we are encouraging everyone to be vigilant.

“We are warning farmers not to give out private information such as bank details or passwords, reply to text messages, download attachments or click on any links in emails if you’re not sure they are genuine,” he said.

Her Majesty’s Revenue and Customs (HMRC) would never send text messages or emails to tell people about a tax rebate, penalty, ask for personal or payment information, according to the UFU.

In March, a Lithuanian family was allegedly conned out of a reported €19,000 as part of a tractor scam.

The story was originally brought to the attention of the public on RTE’s Liveline, hosted by Joe Duffy.

Originally, a Lithuanian woman named Giedre, told Joe Duffy’s Liveline listeners how she fell victim to a fraud, which led her to hand over €19,000 to a tractor dealership that doesn’t exist.

It later emerged that the ‘fake’ tractor dealership listed a Limerick location and phone number on its website.

The name of the ‘fake’ business, on its website, was Sam Cross Farming Limited.

Joe Duffy pointed out that there is a legitimate company, also in Limerick, called Sam Cross Farming which ‘had nothing to do with the scam’.

It then became apparent that the pictures used on the ‘Sam Cross Farming Limited’ dealership website were copied from legitimate farm machinery companies – including UK-based Farol Limited.

Farol Limited is a long-established business and is a John Deere dealer for Central and Southern England. It has multiple depots.

Some of the pictures were also taken from Farol Transport’s website – a division of Farol Limited. 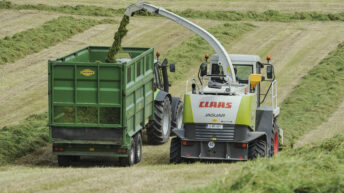 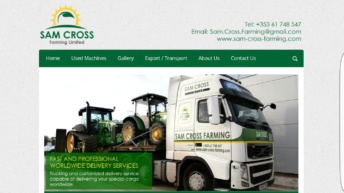