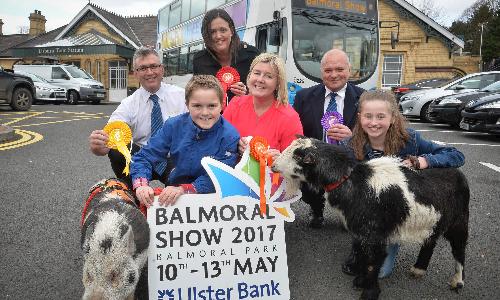 This year’s Balmoral Show, which will run from May 10 to 13, has attracted an increase in many livestock sectors including equine and beef. Approximately 100,000 visitors are expected in Balmoral Park, Lisburn, for the event.

The 149th show will focus on food, farming excellence and showmanship over its “long anticipated” four-day programme.

The NI Food Pavilion will showcase over 100 local producers with 50 chefs dishing up culinary delights.

Last weekend and this weekend, we told stories of farmers who have adopted robotic milking; those keen to find out more will be interested in Lely’s live milking demonstration at the show. A purpose-built marquee will accommodate a herd of Holstein cows and an Astronaut A4 milking robot.

A number of local farmers will give presentations on their first-hand experiences of the transition from conventional to robotic milking.

Over 3,500 animals will vie for Balmoral Championship titles. There will be livestock classes for cattle, sheep, pigs, goats, poultry and rabbits. Sheep shearing and a vintage machinery display will also form part of the show.

Showjumping is a big element of the show, with international riders competing in seven competitions. National activities will fill the main arena. This year’s programme has expanded to incorporate the All-Ireland Schools’ Showjumping Championship and an under-10s Pony Grand Prix.

In fact, animals will be everywhere – from prize-winning stock to the cute and cuddly inhabitants of the Children’s Farm and the Rare Breed Survival Trust stand.

There will also be a health and fitness village; an agri pavilion; outdoor machinery trade stands; a family fun area; shopping; a motorcycle display; and entertainment.

The Young Farmers’ Clubs of Ulster will take part in activities varying from a tug of war to tractor handling.

The healthy horticulture area sees a revision of the garden village, which has increased in size and scope.

Opening times are from 9.30am to 6:00pm on Wednesday, Friday and Saturday, and 9.30am to 8:00pm on Thursday. Admission charges range from £2 to £18. Children under five years will be admitted free, when accompanied by an adult. 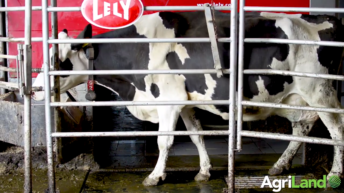