Former department chief economist nominated as next Ambassador to China 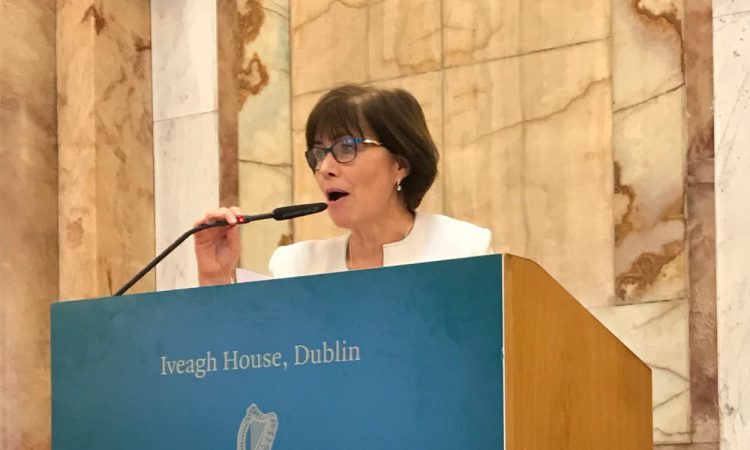 The former chief economist at the Department of Agriculture, Ann Derwin, has been nominated by Irish authorities to become the next Irish Ambassador to China, AgriLand understands.

Though she is not officially appointed as of yet, Derwin, if approved as ambassador, will enter into the role at a time of increasing importance for agricultural exports to the Asian country – and is well qualified for the task.

A winner of the University College Dublin (UCD) Alumni Award in 2018, after graduating from the veterinary medicine (MVB) programme in UCD, Derwin worked in mixed practice in the UK and Ireland before going on to set up her own small animal practice in Sligo town.

She joined the Department of Agriculture as a veterinary inspector in 1992, and worked in Co. Donegal for six years.

She then worked as agriculture attaché in Madrid before becoming chief economist with the Department of Agriculture.

The ambassadorial nominee was appointed assistant secretary in 2016, becoming the first woman to serve on the management board of the Department of Agriculture, according to UCD.

Derwin also completed a Masters in Agricultural Economics with Imperial College London and a Doctorate in Governance at Queen’s University Belfast.

Since 2017, Ann has worked as director general, Global Irish Services, in the Department of Foreign Affairs and Trade.

Beef exports to China on hold

As things stand, Irish beef exports remain on hold to China, due to the discovery of a case of Atypical BSE in a cow in Co. Tipperary back in April.

When asked by AgriLand for an update on progress in talks for an early resumption of beef trade to China, a spokesperson for the Department of Agriculture, Food and the Marine said:

China is a valued trading partner and one of the main destinations for Irish agri-food exports.

“As a competent authority exercising food control and certification functions, the department, in cooperation with the Embassy of Ireland in Beijing, is in ongoing dialogue with the Chinese authorities on a range of topics, including trade-sensitive issues.”