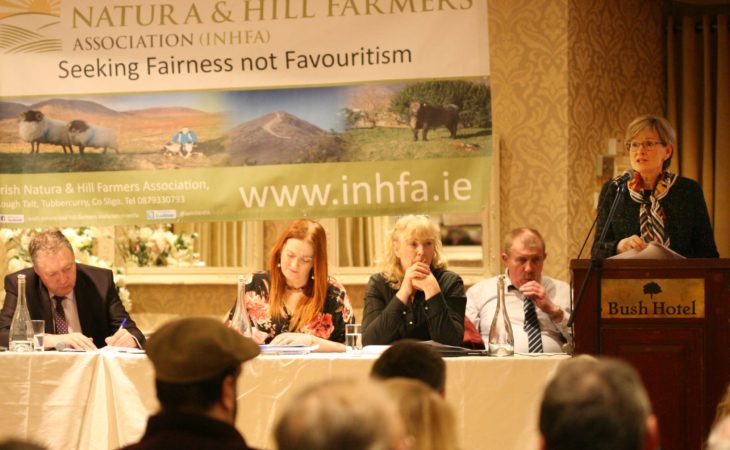 Proposals in the upcoming Forestry Programme review could help to respond to issues raised by farmers in Co. Leitrim last week.

The mid-term review of the Forestry Programme – to be published in early February – will contain a number of proposals which should help to address concerns about the programme, while helping to ensure that planting targets are reached, according to Mairead McGuinness, MEP and first vice-president of the European Parliament.

Speaking at the forestry conference in Carrick-on-Shannon last Friday (January 19), which was organised by the Irish Natura and Hill Farmers Association (INHFA), the MEP said measures aimed at promoting greater species and habitat diversity – with higher grant and premium rates for broad leaves and diverse conifers – are among the changes proposed.

Higher levels of broadleaf planting per site is also proposed and continuous forestry cover is to be supported to create more diverse habitats for wildlife.

“The national target is to increase the level of forestry cover by almost 44,000ha,” she said, also noting that fears surrounding over-intensity in certain areas must be “faced and openly addressed”.

McGuinness said that a more comprehensive review of the Forestry Programme will be undertaken next year and it is important that the issues raised by the INHFA are taken on board.

“Both the current and future review must address the community concerns about forestry expressed at Friday’s meeting in Carrick-on-Shannon.

“While the 2016 census shows that the population of Leitrim increased slightly, there are fears that trees will force people out, and that plantations – as they mature – could negatively impact on dwellings,” she said.

Nationally, less than 0.5% of national planting is undertaken by institutional investors.

The MEP said increasing the area under forest is part of Ireland’s national efforts to combat climate change and farmers in all counties should consider planting trees with the financial support available under the Forestry Programme.

Apart from the value of the forestry sector to the economy – with almost 12,000 people employed in the sector – and the need for more forests, trees add value to farm holdings and can be integrated into all farming enterprises, she added.

McGuinness said that while farmers with land suited to forestry cannot be prevented from planting their land – provided they meet the regulations set down – there is a need to ensure that forestry inspections are as rigorous as on-farm inspections for CAP payments.

Such issues about lack of adherence to the rules were to the fore at Friday’s meeting, she concluded. 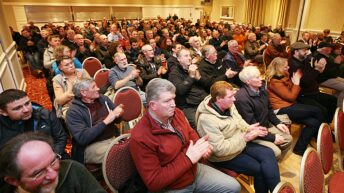 Action plan ‘to save farming’ called for at Leitrim forestry conference