Fodder trade: How much is beet making in your area?

Beet, both sugar and fodder, is plentiful at the minute as farmers continue to pull crops from the ground.

The recent spell of relatively dry weather has led to beet being pulled in good conditions – resulting in clean crops. One farmer reported that there was no need to wash his beet as it was harvested clean.

A considerable amount of beet has still to be harvested around the country. The surplus beet available for sale looks to be mainly in previous sugar beet strongholds such as the Carlow and Kildare regions.

The high-energy crop is a great alternative to concentrates in animal’s diets. 4kg of sugar beet or 5.5kg of fodder beet are the equivalent of 1kg of barley.

Beet in the Carlow area is varying in price. Beet out of the heap is selling from €38/t. When loaded with a ‘cleaner’ loader, beet is moving for €40/t; beet that has been washed and chopped is selling for €45-50/t.

Moving to Co. Kildare, beet which has not been cleaned is trading for €35-€40/t. Very few farmers are differentiating between fodder and sugar beet, but some fodder beet is being sold for as low as €30-€35/t. Beet that is cleaned and loaded is being sold for a maximum price of €44/t.

In some areas, washing and chopping is adding up to €10/t to the price. 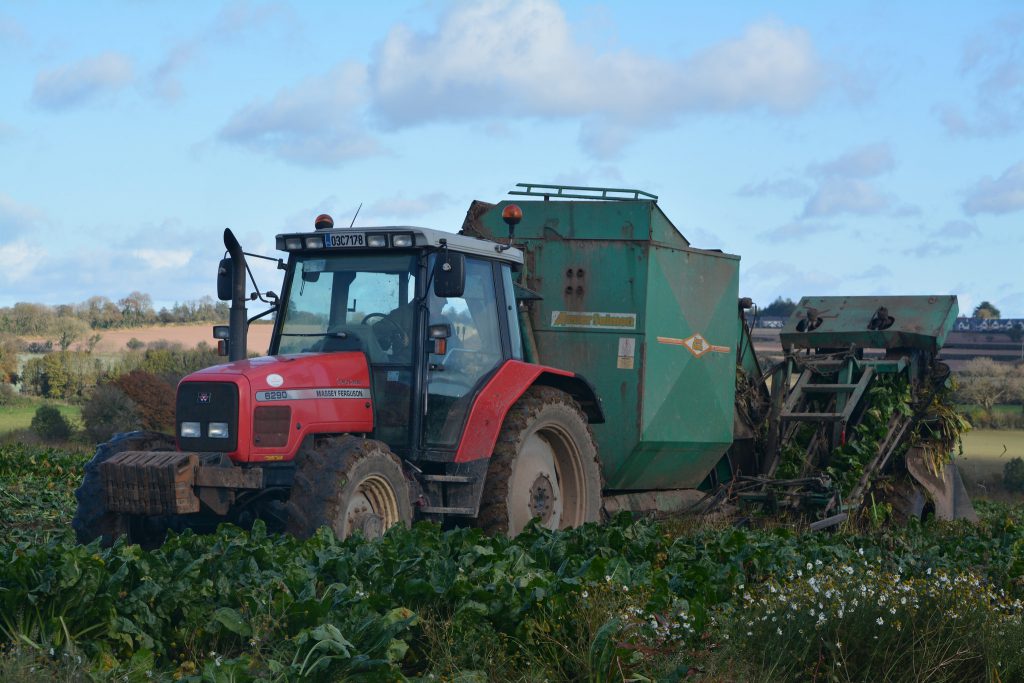 Moving west across the country, clean beet is selling for €45/t – including loading in Co. Galway. The rise in price most likely due to lower supply in the west.

Looking at prices in Tipperary, sugar beet is available for €40/t and €45/t washed.

Other forage options such as maize are also selling across the country. Maize is being sold for approximately €60/t. Mixing maize and beet in the pit is growing in popularity. Contractor costs are approximately €3-4/t for mixing.

Also Read: ‘Mixing beet and maize in the pit growing in popularity’

Winter planting: Acreage down but by how much?