‘Focus more time on the rear of your harvester, rather than just the front’

Farmers and contractors should focus more time on selecting the right tyres for the rear of a harvester, rather than putting all the focus on the front axle – as traditionally happens.

That’s the message from the head of Michelin’s agricultural technical team in the UK and Ireland – Gordon Brookes.

He believes the issue is becoming increasingly important as harvesters grow in size, weight and power. He also warns that most machinery dealers don’t focus heavily on tyres when securing an order – so buyers should seek expert advice from a tyre manufacturer or dealer.

Offering advice ahead of the 2019 combine harvesting season, he said: “The rear axle is the smallest tyre, so that’s always going to be where the damage is most likely to be done.

Farmers naturally look at the front because that’s where everything is going on; whilst often forgetting that when a combine is full the back-end is extremely heavy – despite being on very small tyres.

“When travelling without the header mounted, there is no weight transfer from the rear axle so the rear tyre loads can be very high. Sometimes you’ll even see the rear axle specified on the same tyres you’d fit on a loader – so shifting some of the focus from front to rear would pay huge dividends where soil compaction is concerned.” 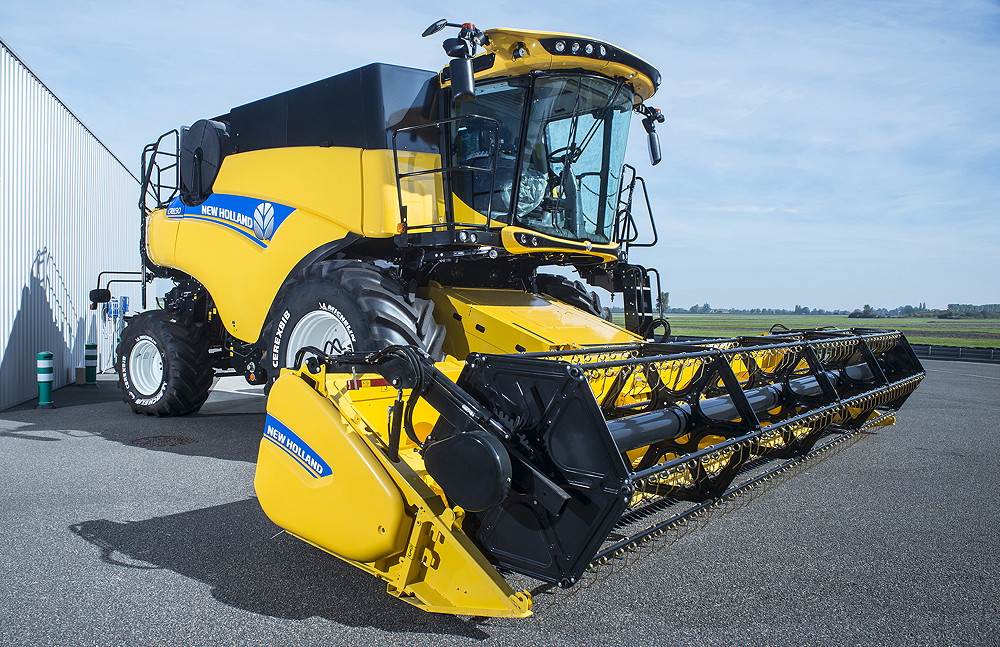 Whilst 4WD harvesters require lugged tyres on the rear, Brookes says that farmers and contractors can access a much wider range of fitments if they’re specifying a 2WD machine.

“If minimising compaction is your number one issue then you can select a flotation tyre like the Michelin CargoXBib. That’s designed to spread the weight of laden agricultural trailers, so it’s always going to be better at reducing compaction than a smaller fitment.”

Another area where Brookes says farmers should focus their attention is tyre pressure.

“Nearly all machinery manufacturers leave tyres at the fitting pressure – normally around 35psi – and then the dealer is supposed to adjust the pressure if it’s appropriate, prior to delivery. 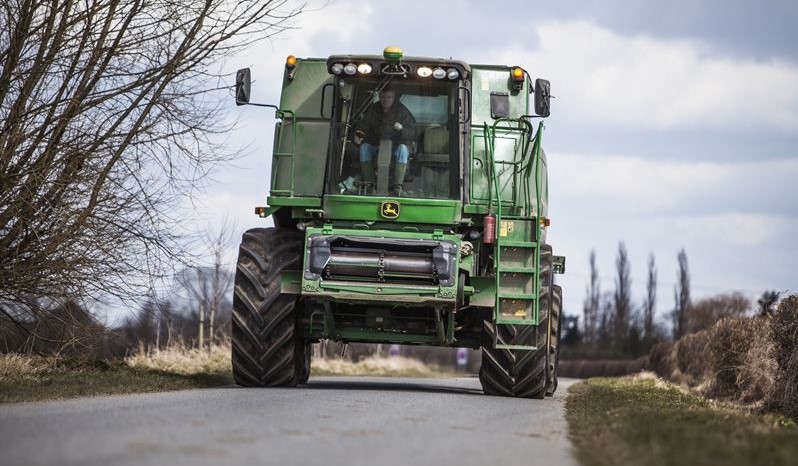 “But only a small percentage do – invariably as they don’t know how the machine will be used,” he said.

Brookes’ final tip for specifying harvester tyres is to opt for the latest CFO+ (Cyclic Field Operations) rated tyres where possible, because they offer the “highest load capacity and the lowest pressure for a given load”.

“CFO+ rated tyres are based on a 1,500m cycle. If that’s not enough to fill the tank, then you most likely haven’t got a good crop. There are other cyclic markings for other tyres on the market, but the load benefit isn’t as high and the cycle distance isn’t as great,” he added.

“Some are only up to 600m. Moreover, they can come with other limitations for things like working on side slopes.”

Combine harvesters: Who's top and how many are sold in Ireland?