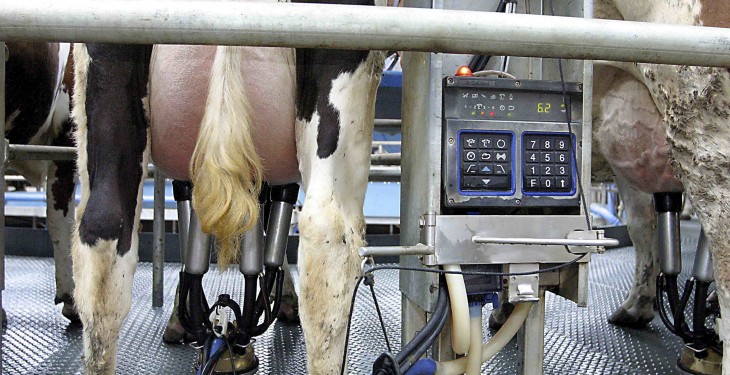 UK dairy processor First Milk has announced a variable farmgate price cut, effective form June 1. In a statement, the farmer-owned business confirmed that, in the wake of the continued downward trend in commodity markets, the company will reduce the milk price for its manufacturing pool by 0.5ppl and its liquid pool by 2ppl.

First Milk chairman Sir Jim Paice MP told farmer suppliers referred to the downward trend in global commodity markets over the last few months, including the Global Dairy Trade auction which is down nearly 20% since February. “As your Board, we have been closely monitoring the effect on our business and you will understand that the declines in these global markets impact directly on the returns we receive.

“At this stage, the returns from cheese have not declined as much, mainly as a result of our partnership with Adams Foods. However, there is a global commodity market element built into our manufacturing pool price, and that price will be reducing as a result.

“We will continue to monitor the marketplace and its impact on us, and use our communication channels to keep members updated on market trends.”

First Milk has 1,600 members throughout Britain, and an annual milk pool of 1.5bn litres.

Commenting on the rationale behind the differential in the upcoming price cuts, a company representative said: “The returns from cheese have not declined as much as liquid, mainly as a result of our partnership with Adams Foods.  The liquid pool also receives some of its returns from SMP manufactured at our Westbury site. The liquid market itself is also significantly affected by the returns from cream, which are closely connected to global butter prices that have fallen by 20% + since last year.”