It has been confirmed that the first 80 farmers have been selected for the Hen Harrier Programme from expressions of interest submitted last December.

These farmers have a combined total of 4,134ha of land designated for breeding Hen Harriers, according to the Hen Harrier Project Team. This first group of farmers represent all six Special Protection Areas (SPAs), the project team added.

In excess of 550 expressions of interest in the scheme were submitted in the last month of 2017, with another couple of hundred received in the first month of this year.

It is expected that a further 80 farmers will be selected next week from the remaining December applications and those submitted in January.

The process will continue for at least a year, with an average of 80 farmers a month entering the programme, the project team outlined.

The Hen Harrier Project Team, which is under the leadership of Fergal Monaghan, hopes to have the first signed contracts returned in February.

Meanwhile, it has also been announced that the first phase of farm advisor training has been completed.

A total of 88 advisors attended the the first phase of training held in Athlone and Limerick earlier this month, the project team explained.

The second phase of training will be held in late May and advisors will start to work with farmers to assess habitats and select actions in June, it added.

A provisional list of the Hen Harrier Programme advisers is now available online.

Announcing the opening of the scheme last December, the Minister for Agriculture, Food and the Marine, Michael Creed, said: “I am delighted to fund this initiative for €25 million under our Rural Development Programme.

This is a critical programme which seeks to save one of Ireland’s most endangered birds, the Hen Harrier.

“This is a prime example of a locally-led, results-based scheme, which will combine meaningful conservation measures with a strong local focus of delivery to farmers in the six SPA hen harrier areas.”

Full details of the scheme are available online on the Hen Harrier project’s official website. 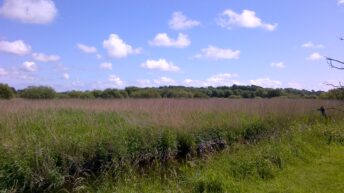