Finishing heifers at 15 months at Tully

As part of the Gene Ireland Programme, the Irish Cattle Breeding Federation (ICBF) slaughtered 18 heifers at Slaney Foods recently. These animals were the progeny of 10 different AI sires across six different breeds.

Upon slaughter, the ICBF found that the average carcass weight produced stood at 292kg; the average daily gain for each heifer over the 60-day performance test period was 1.31kg/day – ranging from 1.02kg/day up to 1.83kg/day.

Overall, the study found that the animals gained 0.7kg/day of carcass weight for each day they were on test in Tully. The average kill-out percentage for the group was 53.5%, the ICBF says, and this ranged from 48.8% to 56.8%.

The ICBF found that the heifers graded well. Five graded U, 12 graded R and one fell within the O-grade classification. In addition, all of the heifers met the carcass fat specifications of 2+ or higher.

The study also looked at the average daily dry matter intake (DMI) for the group and this stood at 10.98kg/day – ranging from 7.66kg/day to 14.37kg/day. The heifers were fed hay and concentrates over the 60-day finishing period. 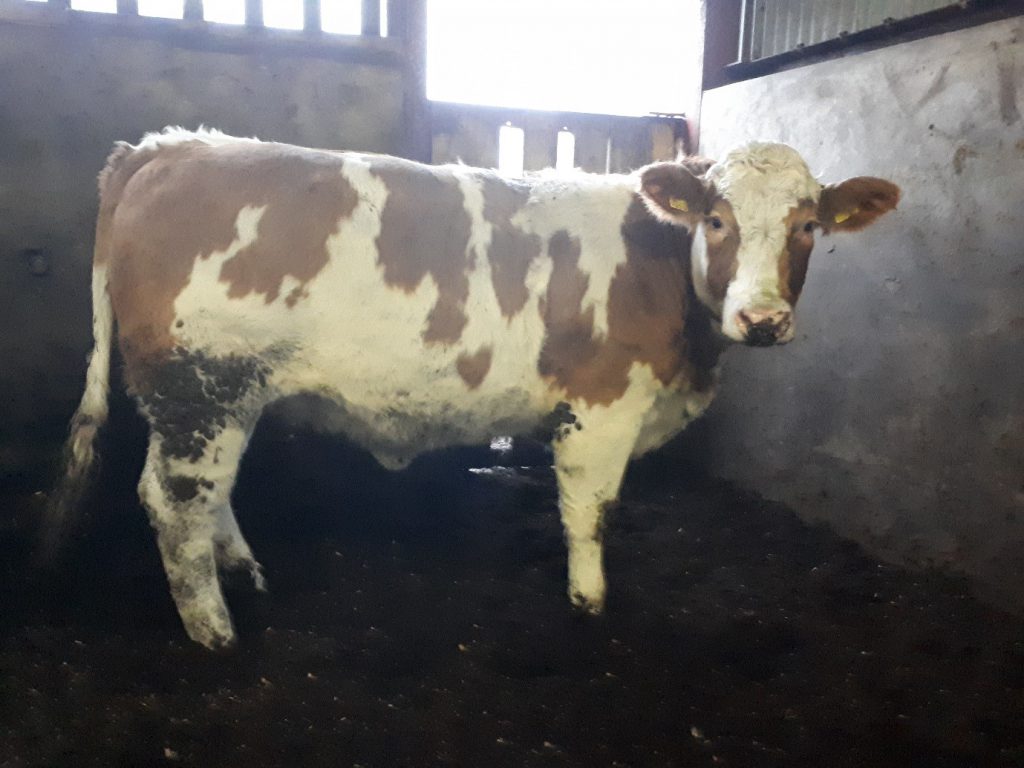 A Charolais heifer sired by CH2159

Although the sample size of the study was relatively small, it did exhibit that there was a wide variation in a number of key performance indicators. Within the group, key differences were witnessed in terms of DMI, carcass gain and daily liveweight gain.

However, the study may lead farms to question: Can finishing heifers at 15 months of age be rolled out at a commercial level?

But, before such a measure is undertaken at farm level, farmers must ensure that the venture stacks up financially; the heifers are of an adequate weight when entering the finishing period; and the animals are suited to finishing on a high-input diet.