Total live cattle exports from Ireland have dropped by 24% with 52,513 fewer cattle being shipped between January 1 and November 7, 2015, compared to the same period in 2014.

During this period, the total number of live weanling exports dropped by 7,521 head or 29% compared to the same period in 2014, figures from the Department of Agriculture show.

These figures from the Department of Agriculture and presented by Bord Bia also indicate that the total number of store cattle exports have also dropped by 52.6% or 20,878 head.

There has also been a substantial drop in finished cattle exports, with 43,179 of these animals exported to November 7, which represents a drop of 15.6% or 7,951 on the same period last year.

This figure has improved slightly from October 31, when there were 16.1% fewer of this animals shipped through the live export market.

Live calf exports have also dropped by 16% with 16,163 fewer of these animals being shipped to date in 2015, these figures show. 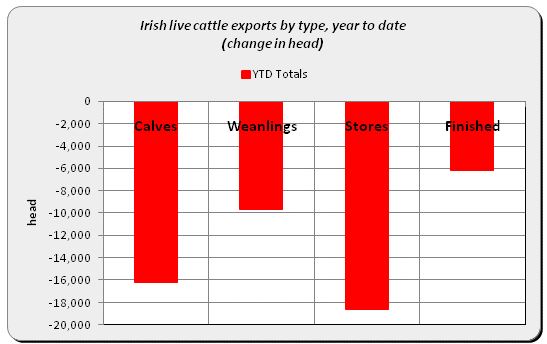 According to these figures from the Department of Agriculture, total live cattle exports to continental Europe have dropped by 24.6% or 34,368 head. 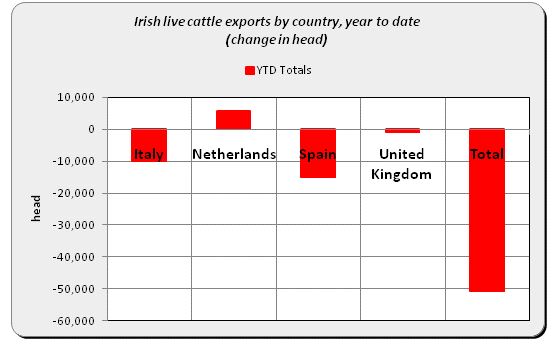 Exports to the Lebanon have fallen by 68 head, while exports to Tunisia have increased by 421 to reach 3,304 head.

Farmers won't get Genomics payment unless samples are returned