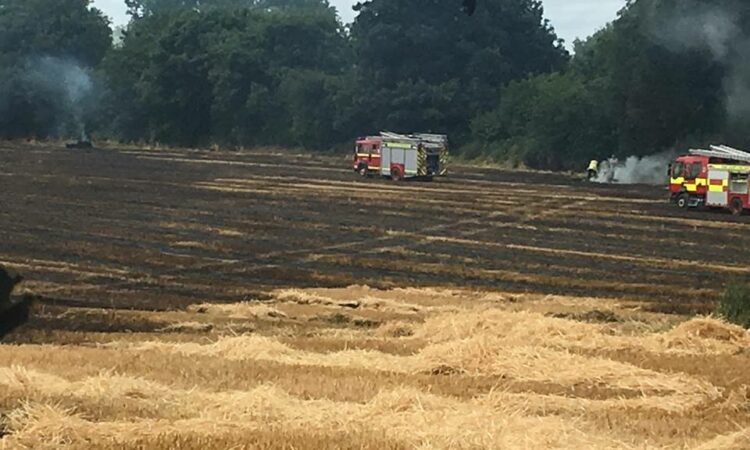 A field of straw in the Doneraile area of north Co. Cork was engulfed in an “extensive fire”, according to C103 Cork.

The local radio station reported that some homes had to be evacuated and that it affected visibility on some roads in the Buttevant and Doneraile area.

It is understood that units of the fire service from Mallow and Charleville attended the scene.

The field reportedly ignited due to a blade in the combine harvester sparking after making contact with a stone.

Take extreme care in relation to fire hazards during #harvest18. This field ignited due to combine blade sparking after contact with stones. Luckily no one hurt due to quick reaction from farmer & local fire brigade. min damage caused to crop. #safetyfirst #drought2018 #farmsafe pic.twitter.com/zlTH69BBot

Continuing, the tweet added that no one was hurt as a result of the fire.

Due to the “quick reaction” of the farmer and the local fire brigade, there was “minimum damage” caused to the crop, the tweet concluded. 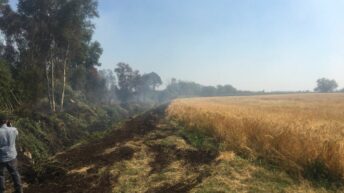