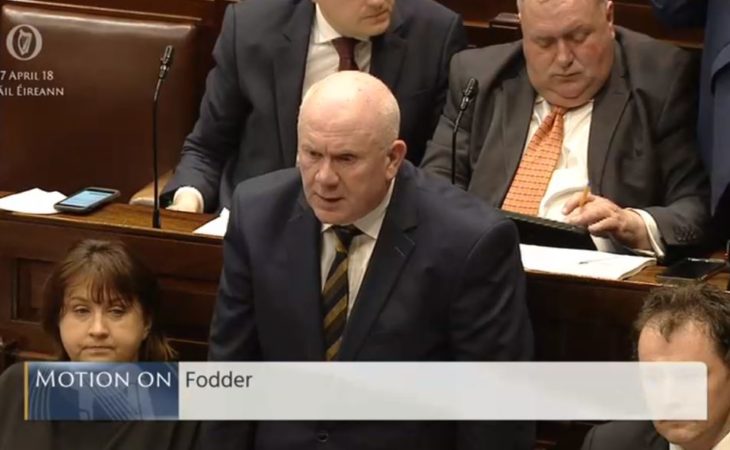 A motion relating to the fodder crisis brought forward by Fianna Fail earlier this week has been passed in the Dail today.

The motion was discussed at length on Tuesday night (April 17) and it received plenty of cross-party support from Sinn Fein, Labour, the Green Party and various independent TDs.

Following the debate, it was decided that the motion – along with certain amendments – would be put to a vote on Thursday, April 18.

This afternoon, the results of the vote have meant that the motion has been passed.

Many of those that spoke claimed that the Minister for Agriculture, Food and the Marine, Michael Creed, and his department were “asleep at the wheel” and were unprepared for the current fodder crisis.

However, in response, the minister said: “I don’t accept the premise of the motion that serves a particular political narrative that I have been slow to react.

I don’t accept that last September or October that this was a crisis we could envisage for April of this year. I want to make the point that we have acted in the department at all times in appropriate and measured ways.

What does the motion call for?

The motion itself calls for the introduction of a meal voucher scheme, the setting up of a hardship fund, the immediate issuing of outstanding scheme payments as well the establishment of a standing committee to monitor fodder supplies in the future.

Speaking earlier this week, Fianna Fail’s agriculture spokesperson, Charlie McConalogue, said: “Unfortunately, the Government has been caught totally cold in relation to the response on this issue.

The motion brought forward by Fianna Fail calls on the Government to: 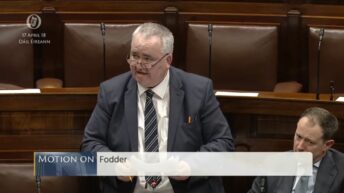