A new safety initiative – highlighting some key things to remember before undertaking jobs this summer – has been launched by Wexford-based silage plastic firm, Silawrap.

The company celebrated the recent launch of its new ‘Work Safe’ Silawrap box with Minister of State for Agriculture, Food and the Marine, Andrew Doyle, at its plant in Gorey.

In an effort to raise awareness of the importance of farm safety, Silawrap is utilising its box to remind farmers of four important messages this season.

Speaking at the launch, Minister of State Andrew Doyle said: “This is a very simple and clever initiative by Silawrap to use their box to promote farm safety.

“The message is delivered to the silage field on the machinery,” he continued.

“We all know of farmers and their families who have to live with the consequences of a farm accident. Hopefully farmers will think about their safety as they go about their work.” 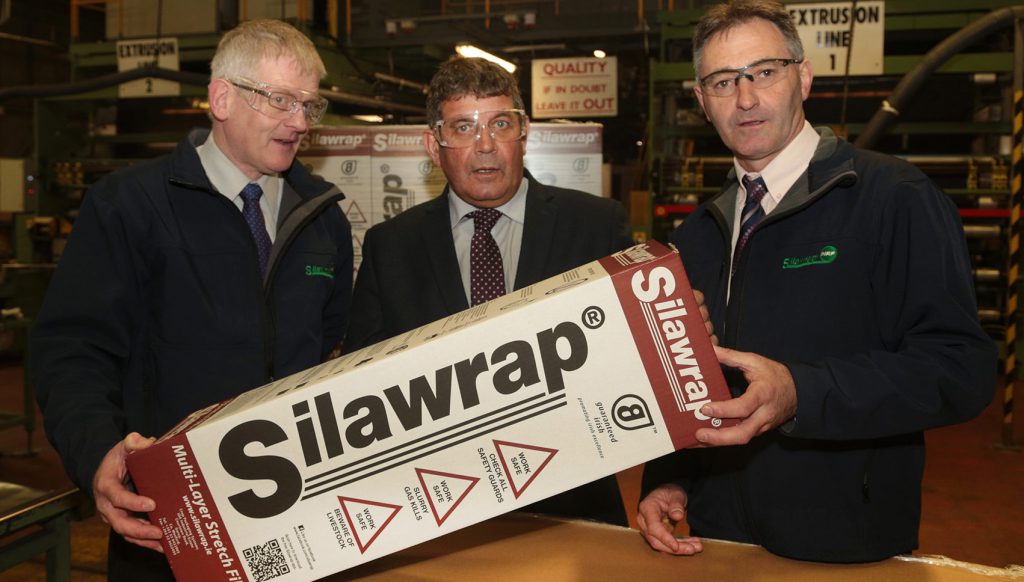 Pat O’Brien – area manager for Silawrap – also commented, saying: “Farm safety is of the utmost importance at Silawrap and we believe one farm fatality is too many.

“We manufacture 500,000 rolls of silage wrap annually and, with the new messaging clearly displayed on the box, we hope to raise awareness and promote farm safety in every farmyard in the country.

“We want to give something back to the industry and are indebted to Irish farmers for their support over the past 21 years.”

Established in 1996, Silawrap lays claims to producing the “toughest stretch plastic on the market”. With in excess of six million rolls manufactured to date, Silawrap is sold in Ireland, the UK, mainland Europe, Australia and New Zealand.