Speaking in the chamber last week, Martin remarked that some TDs were being contacted over “emerging hotspots”, including in meat plants.

“Many deputies have too often been contacted about emerging hotspots which have not been publicly acknowledged,” the Fianna Fáil leader stated.

As the Government is aware, the meat packaging sector has continued to operate due to its importance to food supply. Concerns have been raised for quite some time regarding the sector.

“There is a major hotspot in a plant, a significant cluster, in the mid-west, and this has caused particular concern,” Martin highlighted.

He continued: “There are other such hotspots, and I have raised them with the chief medical officer, Dr. [Tony] Holohan, and the [Minister for Health] deputy [Simon] Harris.

Martin also asked what the role of the Health and Safety Authority (HSA) is in this regard.

Agriculture workers in receipt of €350 payment

The Department of Employment Affairs and Social Protection has so far issued payments to some 8,400 people working in the “agriculture; forestry and fishing; mining; and quarrying” sector in respect of their application for the Covid-19 Pandemic Unemployment Payment (PUP).

This latest figure represents an increase of 400 on the 8,000 figure that was confirmed by the department last week.

As of Tuesday, April 28, this industrial grouping is the third lowest sector with people in receipt of the emergency payment for employees and the self-employed who have lost their income and are fully unemployed due to the pandemic.

At that time there were currently 584,000 people in receipt of the PUP – which is paid at a rate of €350/week into a customer’s bank account.

The highest sector with people in receipt of PUPs is accommodation and food service activities; followed by wholesale and retail trade; and construction. 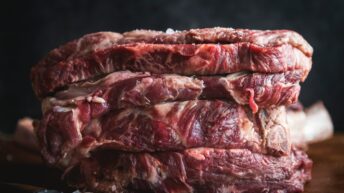 €25 million APS for beef ‘will have negligible impact’ – MII