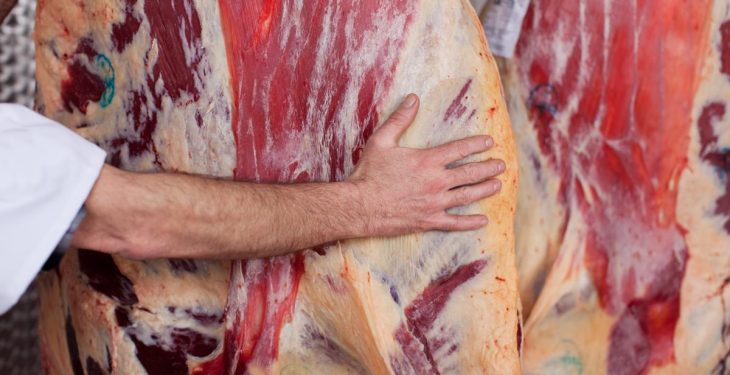 For the first time in almost 10 years, the weekly beef kill reached 40,529 head during the week ending December 3.

Despite this substantial kill, the demand for beef remains relatively strong; buyers are continuing to hunt for in-spec cattle ahead of the lucrative Christmas market.

Due to this, farmers have been urged to dig in their heels and bargain hard when it comes to marketing their stock.

Like last week, for the most part, factory base quotes have remained unchanged. Most processors are currently offering 385-390c/kg for steers and 395-400c/kg for heifers.

However, farmers – especially those with large numbers of in-spec stock to sell – are finding that 5-10c/kg on top is the base quotes is achievable.

During the week ending December 3, some 40,529 cattle were processed in Department of Agriculture approved beef export plants – the highest weekly throughput in almost 10 years. The last time that the weekly beef kill reached such a height was back in October 2008.

Steer and heifer throughput continues to lead the way; collectively these accounted for almost 62% of all of the beef cattle slaughtered in Ireland during the week ending December 3.

According to the mart’s George Candler, there was a strong trade for quality lots of cattle.

Continental cattle are scarce and in demand.

In addition, over 130 cull cows went under the hammer. Those cows met a fast-selling trade and a 100% clearance rate was achieved on the day.

In the steer ring, Candler said quality beef and forward stores sold well and the majority traded at €1.92-2.63/kg.

Some 650 cattle were presented for sale at Castlerea Mart, Co. Roscommon, on Thursday last. The trade was reported as being strong for all of the quality lots on offer.

In the weanling ring, bulls peaked at €3.30/kg and one heifer sold for €3.58/kg. However, quality is reported to have dipped in recent weeks.

Last Thursday’s sale in Raphoe Mart, Co. Donegal, featured a “excellent” entry of cattle, according to the mart’s Anne Harkin.

Quality cattle were in demand, which led to increased prices. Plainer cattle also sold well and plenty of buyers were around the ring.

A total of 800 cattle were on offer last Thursday in Ennis Mart. 300 cull cows also went under the hammer at the Clare-based venue. These were a split of 50% Friesian and 50% continental animals.

Danny Moran said: “The quality in the ring was even better than it was last week. There was some lovely stock in both the heifer and bullock rings.

A number of aged bulls also passed through the ring on Thursday. The best of these made a top price of €2,070.

Moran added: “Forward cattle in all rings were a very strong trade and some very fancy prices were achieved.” 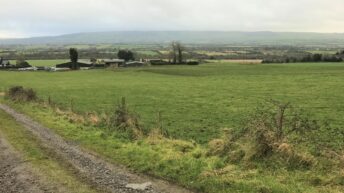 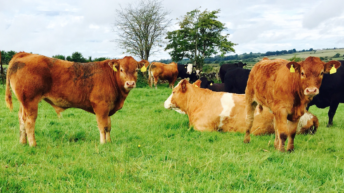 What lies ahead for the Irish beef sector in 2018?